What Sex Workers Need You To Know About Their Careers

Each act has shown literally nothing that statistically exemplifies and validates the initial purpose of these senseless laws. On this path, it won't take long before acts such as the End Banking For Human Trafficking actually make the cut, which would permit further censorship and evoke greater safety issues for sex workers by forcing them to carry large sums of money with them, as banks would be authorized to close the accounts of sex workers at their own discretion.

In this world, black women and men both inside and outside of the sex industry are forced to share the shame of others. What happens to us is consequential of that learned shame, so I'm ready to debunk what you know to be true about sexuality as it pertains to sex workers in hopes it'll create a better sex space for all of us. To accomplish this, I scoured the internet, my network, and ultimately with the help of friends, I was able to find 6 sex workers of color with 6 different accounts of what the industry is like and what they want you to know about their careers in sex work. 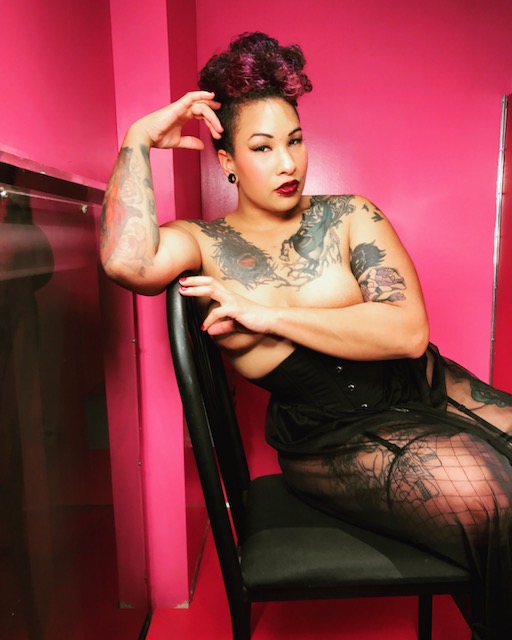 What has your time in the industry been like? How has FOSTA impacted you?

"My experience overall as a sex worker has been positive and well received. I've been really grateful to have the influence I've had in my immediate circles. Exposure through people and networking a ton to get gigs I feel passionate about. I understand that my particular look does limit me in a lot of ways and my body type is something that may not always be considered, but I ignore those aspects of it and focus on being someone who is representative of other models/performers that look similar to me and want to see that representation in the media.

"Sex work is something that gives someone autonomy, is accessible for the disabled, therapeutic, and I think people deep down really understand that and don't want to acknowledge it due to social grooming."

What should the world know about sex work?

"The one takeaway the world should understand about sex work is that it's always existed. It's an exchange between two people and should be respected as much as casual encounters or taking someone on a date. There's still expectation and money involved. And unfortunately sometimes consequences as a result of the two. Sex work is something that gives someone autonomy, is accessible for the disabled, therapeutic and I think people deep down really understand that and don't want to acknowledge it due to social grooming. We need to get out of our heads about it and take a hold of it. Other countries have learned to accept it. We need to catch up."