I Am 32 And Have Traveled To 70 Countries

After travelling to over 70 countries and counting, a 32-year-old world traveler shares her story and excellent travel tips.

One of the biggest concerns for people who haven't had the opportunity to travel abroad is that they don't think they can afford to, and Oneika who has traveled to over 70 countries has advice that is simple:  Sacrifice a few pricey items and materialistic things so that you can experience moments and memories that will last a lifetime.

My name is Oneika and my not-so-secret secret is that I'm a travel addict. At the ripe old age of 32 I have traveled to 70 countries on 6 different continents and have lived and worked in France, England, Mexico, and Hong Kong. For too long people have thought that Black folks don't travel. We are out here! Thank you for using your platform to show our people that they can and should go out and see the world.

To be honest, the travel bug bit me a bit late. As a bookworm-ish kid growing up in Toronto, Canada, travel was the furthest thing from my mind. Not to say that I didn't travel at all-- my parents are Jamaican, so we made trips back to the island and also visited family living in various cities in the U.S. But I always felt like trips to faraway destinations like China, Argentina, and South Africa were largely out of my reach. After all, I never saw or heard of anyone who looked like me doing stuff like that, and the books I devoured in my youth rarely featured characters- never mind travelers- who were Black .

Luckily, things changed when I got to college. I remember making friends with two very nice Black girls and discovering that they were heading to Spain and Morocco for Spring Break. I was like, "What?! You can do that?" Flabbergasted, I was immediately forced to challenge my foolish subconscious belief that "we" couldn't travel to places like that. After doing away with such a foolish notion, I applied for, and was accepted to, a year-long study abroad in Nantes, France during my junior year.

It was a life-altering experience: I met people in my dorm who came from countries I never knew existed (Comoros and Chad and Algeria-- former French colonies), and backpacked in Spain and Morocco, just like my two girlfriends had done during Spring Break the year before. A seed had been planted and I was hooked on travel.

The rest, they say, is history. After my study abroad, I knew I was destined for a life on the road. I plotted and schemed and realized that I could sustain myself by teaching abroad. The first year, I moved back to France and taught English as a Foreign Language on the French Riviera; after that, I got a elementary/secondary state teaching credential that allowed me to teach high school English Lit and French in private schools in Mexico, London, England, and Hong Kong, where I am currently working and writing this email from.

Running with the bulls in Pamplona, Spain.

At the Atacama Desert in Chile

Travel has been transformative for me and has helped me to learn so much about the world and myself. As a teacher I have over three months of paid vacation every year and I travel during every single break! I have gone on safari in Tanzania, seen the pyramids in Egypt, and taken selfies before majestic sights like Machu Picchu in Peru and the Sydney Opera House in Australia.

I have been to the Taj Mahal at dawn, eaten with locals in Guatemala, and walked along a stretch of the Great Wall of China. I've gone to a dancehall reggae club in Tokyo and run with the bulls in Spain; I've traveled with my mom to Rome and Berlin (she is always up for globetrotting with me!) and even met my husband while teaching in Hong Kong. I have also travelled solo in Chile and Mexico and Belgium, amongst other places. All in all, I have gone through 5 passports and have an infinite amount of memories (and pictures) from these years of travel.

A few of my tips:

Anyway, I've rambled enough. Bottom line: getting hooked on travel is hands down the best thing that ever happened to me. I can't imagine life without it now!

Thanks again for allowing me to share my story! I've attached some photos of my travels. I write a blog called Oneika the Traveller (www.oneika-the-traveller.com) that chronicles my adventures abroad as well as my tips and tricks for travel. :-) 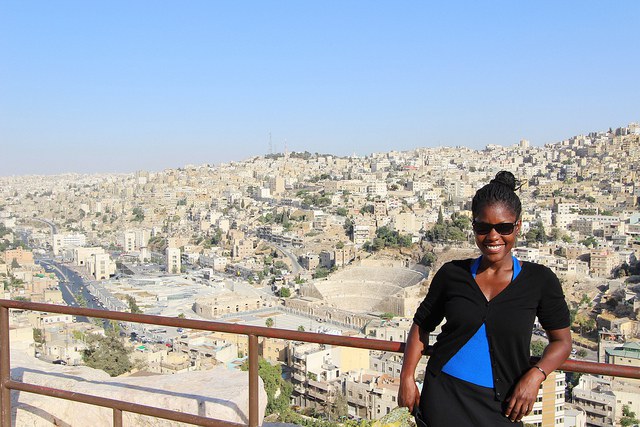 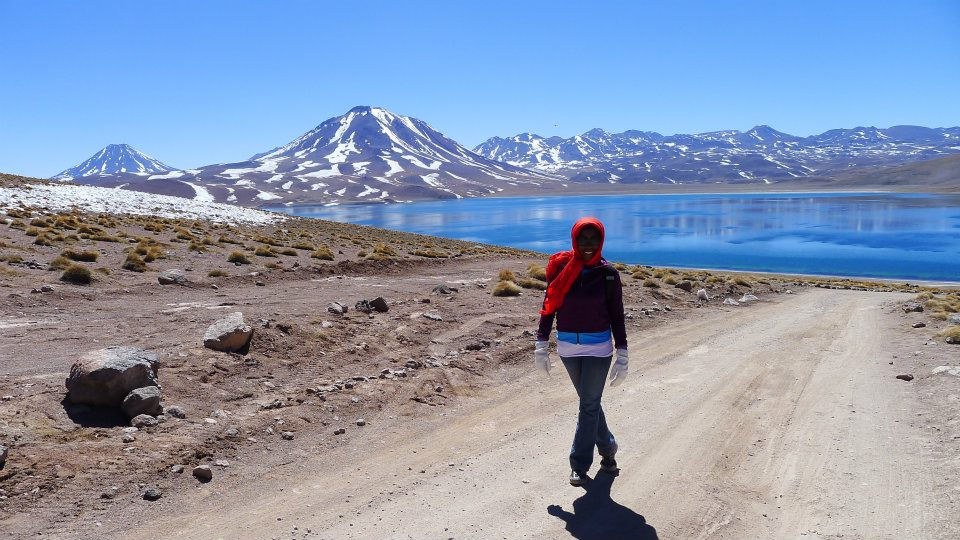 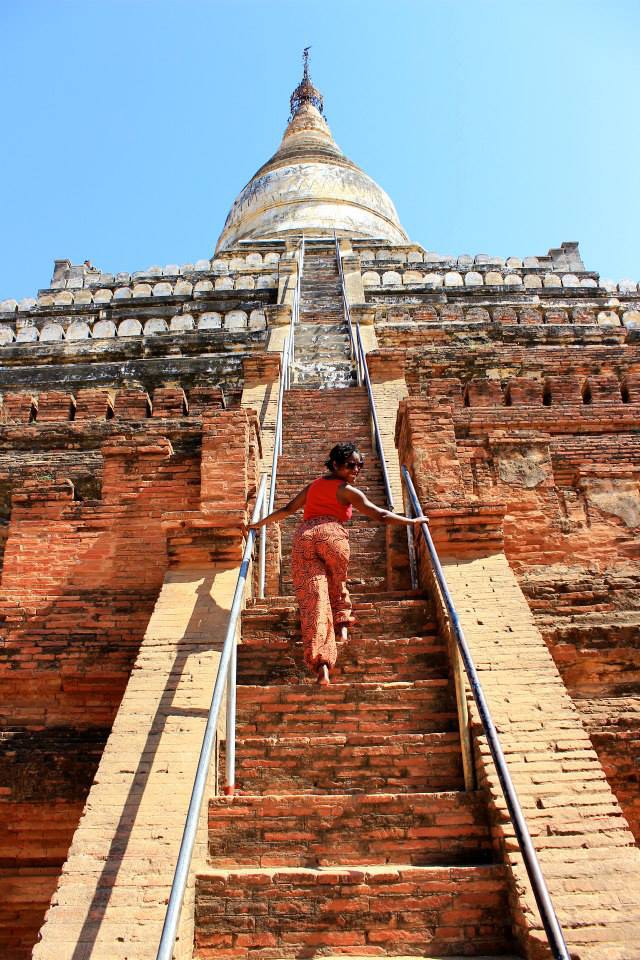 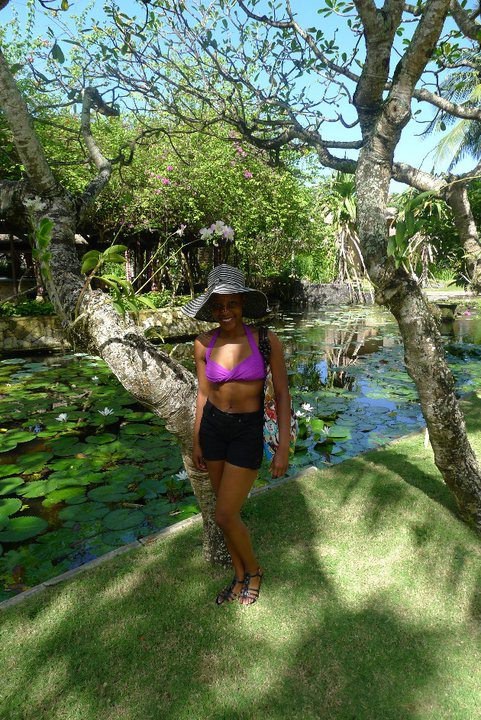 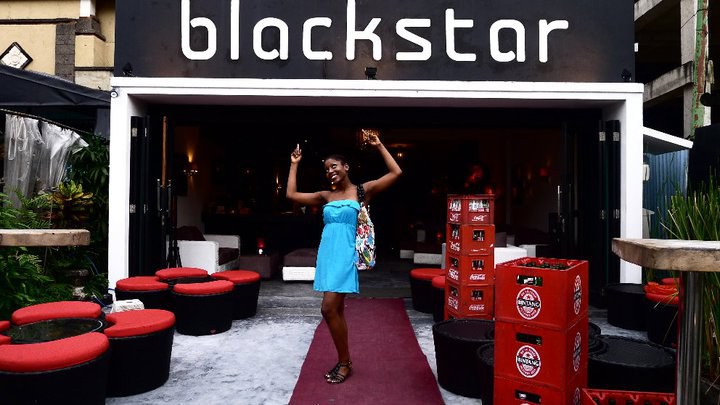 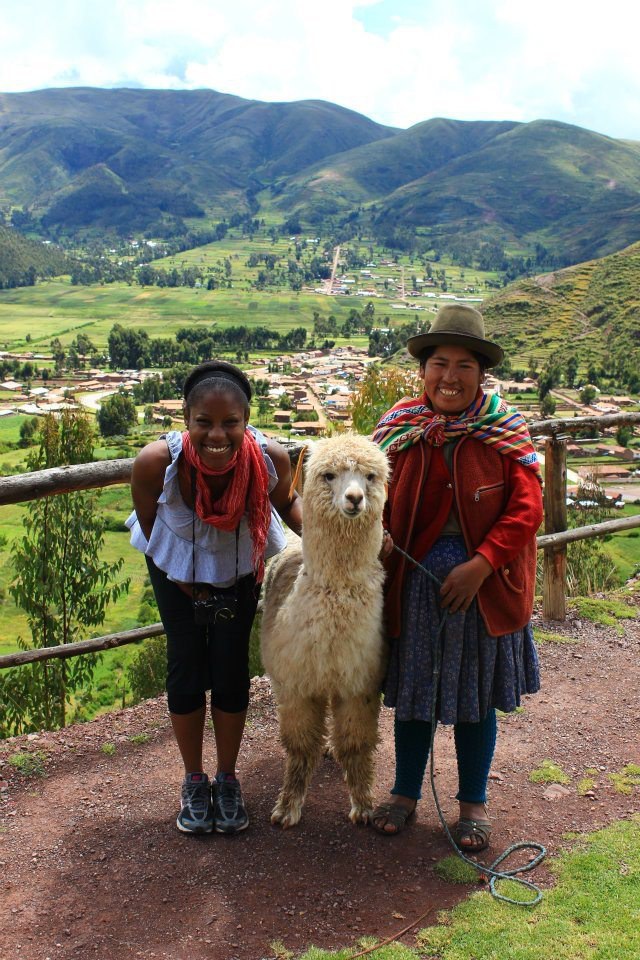 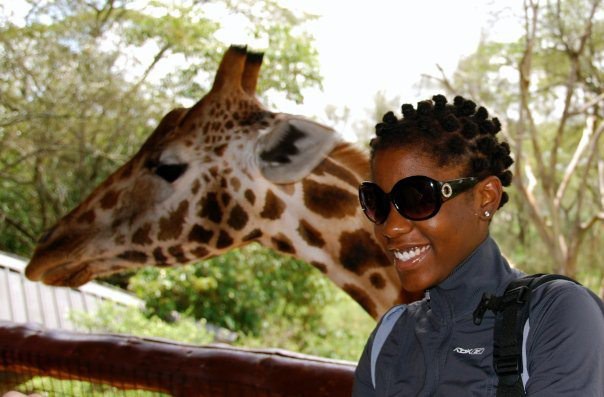 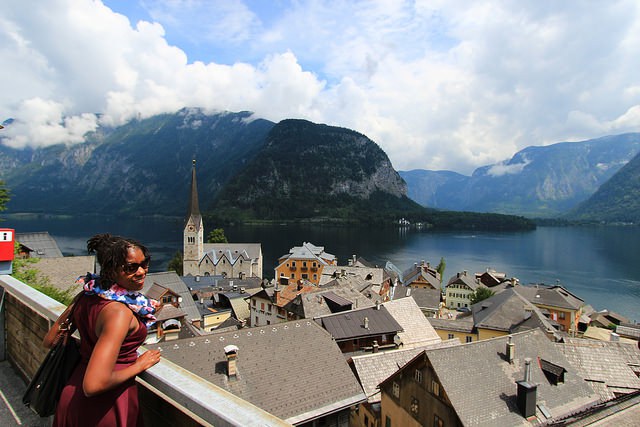 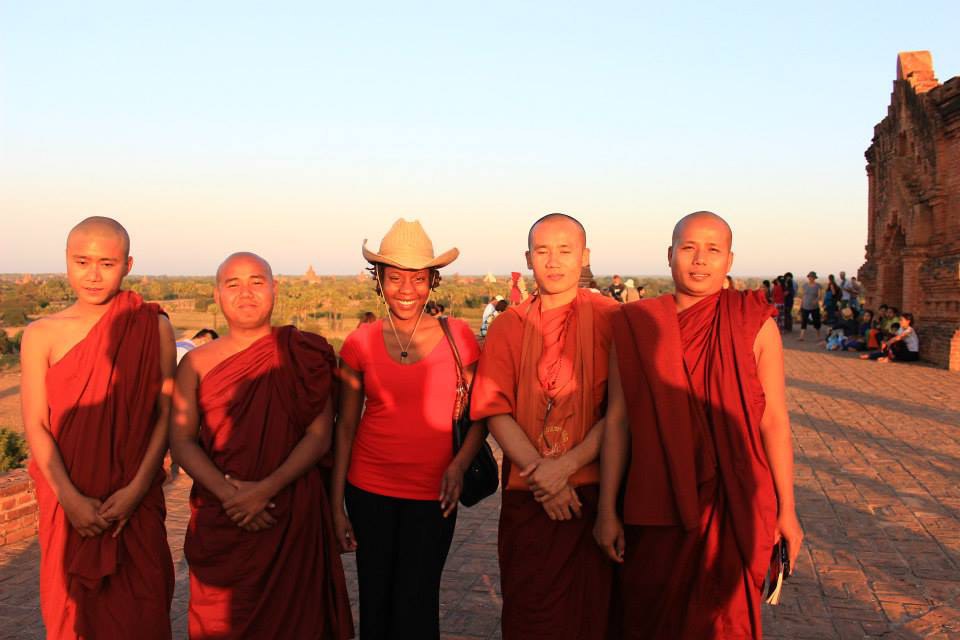 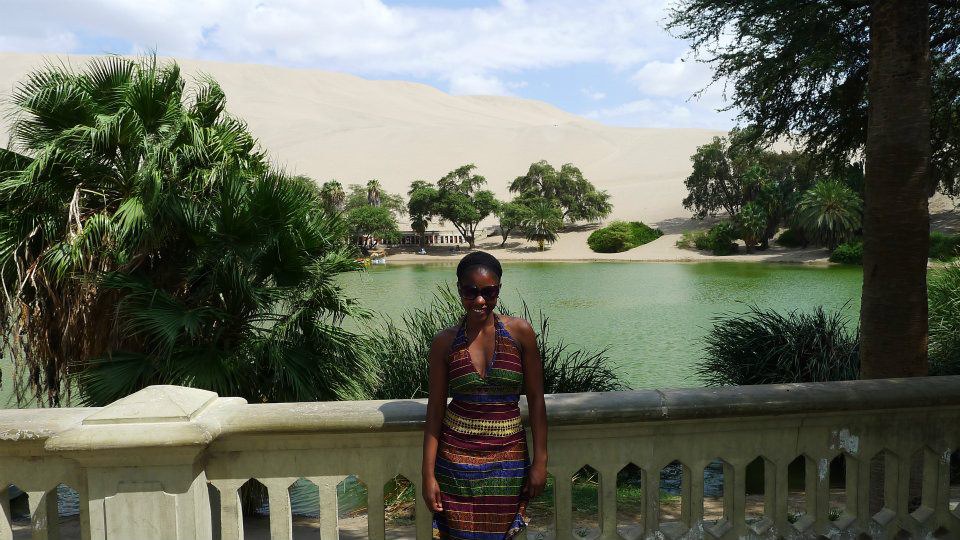 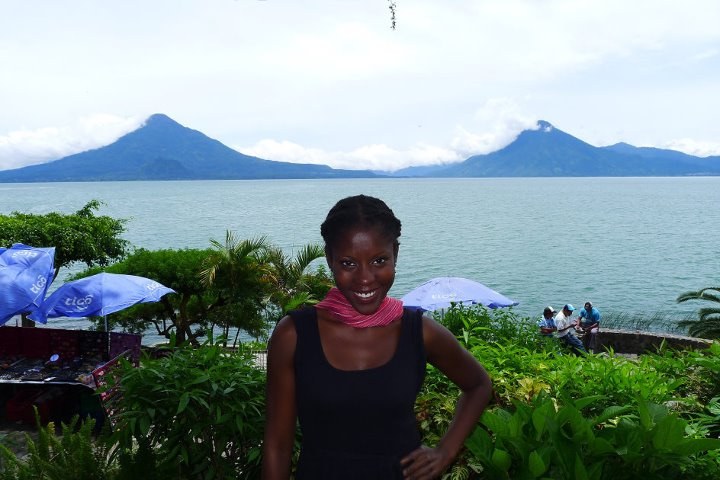 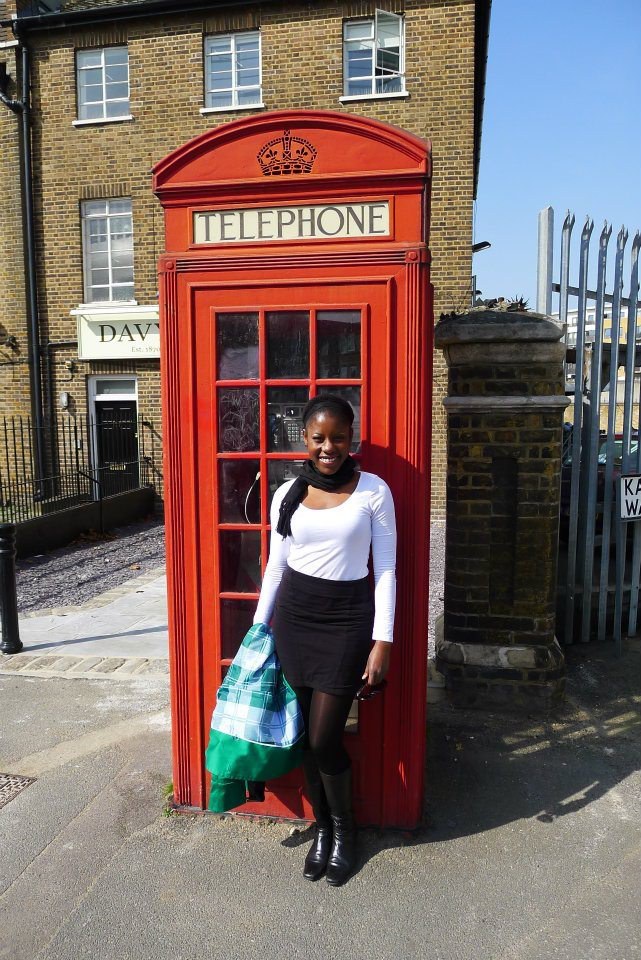 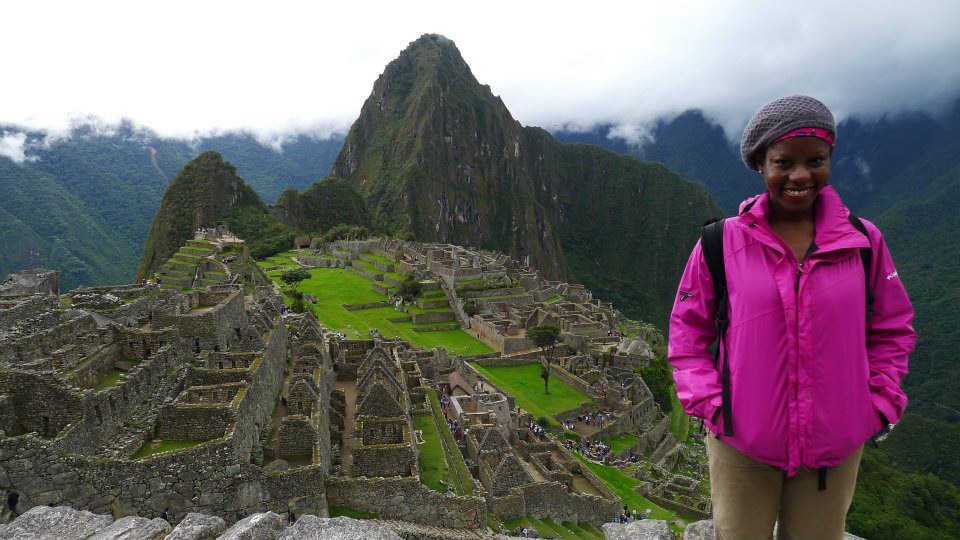 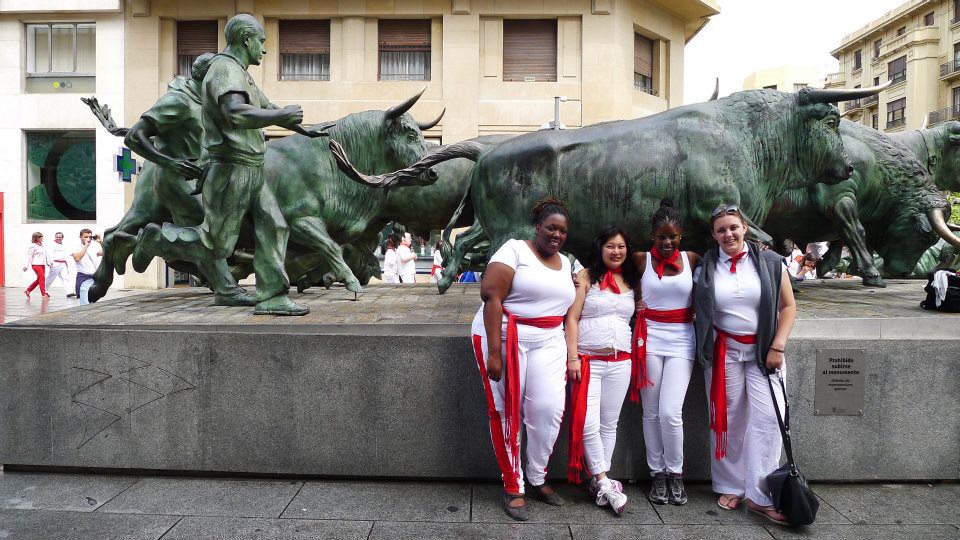 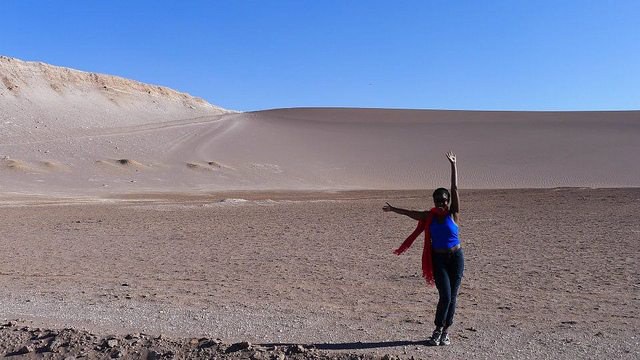 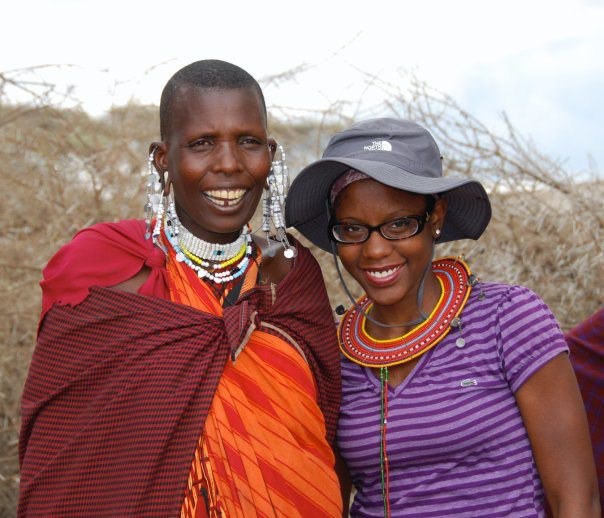 Why Couples Should Engage In "Midnight Sex" More Often

Something that I try to mention, as much as possible, especially when it comes to married and long-term couples is, if you want to go the distance, it's not just the "big things" that you've got to stay up on; it's the little things too. Something as simple as you being a morning person while your partner is a night owl can affect everything from quality of sleep to quality time to your sex life. That's why, when it comes to couples who have different sleep patterns who still want to have a fulfilling sexual dynamic, I'm all about encouraging them to do what is at the foundation for all successful relationships — compromise. Sometimes that means that an alarm clock needs to be set or someone needs to initiate some, umm, stuff (more on that in a bit) in order to get the juices flowing (pun intended and not intended).

Victoria Monét On Being ‘Underrepresented’ As ‘A Black, Bisexual Woman In The Music Industry’

Victoria Monét has worked behind the scenes as a songwriter penning hits for Ariana Grande, Chloe x Halle, Brandy, and more, and now it's time for her to stand in the spotlight. The "Coastin'" singer has dropped multiple projects over the last few years to showcase her vocal talent and so far she has been receiving praise for her sultry and jazzy sound. Her most recent project, the 2020 EP Jaguar stayed in the mode of jazz while also infusing sounds that are reminiscent of the '70s.

These Are The Top TikToks For A Professional Pick-Me-Up

It's always good when you can learn something and laugh at the same time, and these Black women on TikTok make sure you're doing both week after week. From teaching us how to best navigate the job search to giving tips specific to advancement in certain industries, these videos are all about empowering and inspiring you to advance in your career. Check out a few of the top TikTok users for this week's picks to enjoy during your lunch break and allow to live rent-free in your head:

After previously saying that she was in the process of adopting children, Tiffany Haddish is putting motherhood on "pause." The beloved comedian grew up in the foster care system and originally wanted to be a foster mom, but with advice from her lawyers, she decided that adoption would be best. However, it looks like we won't see her with a child anytime soon.

10 Creative Ways To Express Gratitude In Your Relationship

It was actually pretty close to this time last year when I penned the piece "How To Get Through The Holidays If You Don't Observe Them". Unlike some of the other articles that I write for the site, I pulled that one from very personal experience. Being that my personality is very wired to "be good" on something once I know its origin, holidays are something that I tend to take a pass on; this includes Thanksgiving (some insightful reads on its origin are found here, here and here). Still, this doesn't mean I'm not aware of the fact that many people use this time of year to reflect on their blessings and to say "thanks" for all the good that has come their way. Since I like to write on relationships a lot, I thought to myself, "Why not come up with ways for people to show gratitude to their significant other?"

Operating At A Low Vibration? Here Are 5 Ways To Change That.