Earlier this week, a number of conservative social media personalities including, Candace Owens, posted viral tweets like the one below claiming that Harvard University's annual black graduation ceremony was "racist."

In response, there has been a fair share of news coverage and debates regarding the "place" for this kind of targeted ceremony in what is supposed to be a "post-racial society."

Newsflash: With the KKK marching on college campuses and rampant discrimination taking place against Spanish speakers, I think the last few months alone have confirmed that we are NOT living in a post-racial society.

While notable advancements in race relations during the last few decades should not be ignored, they should not be used as ammo to invalidate the unique cultural and social experiences that black students face at collegiate institutions. As a black woman who is graduating from an Ivy League university and recently participated in my school's black graduation ceremony, I have always been perplexed by those who claim that black graduations are some kind of oppressive Jim Crow era undertaking.

Why are y'all so mad?

To be clear, black students are not being forced to attend separate ceremonies, but are requesting that these additional recognition ceremonies be available. More of a celebration to commemorate an incredible achievement with those who encountered similar experiences, the narrative of black graduations has been twisted into something ugly, when in reality, they are beautiful. 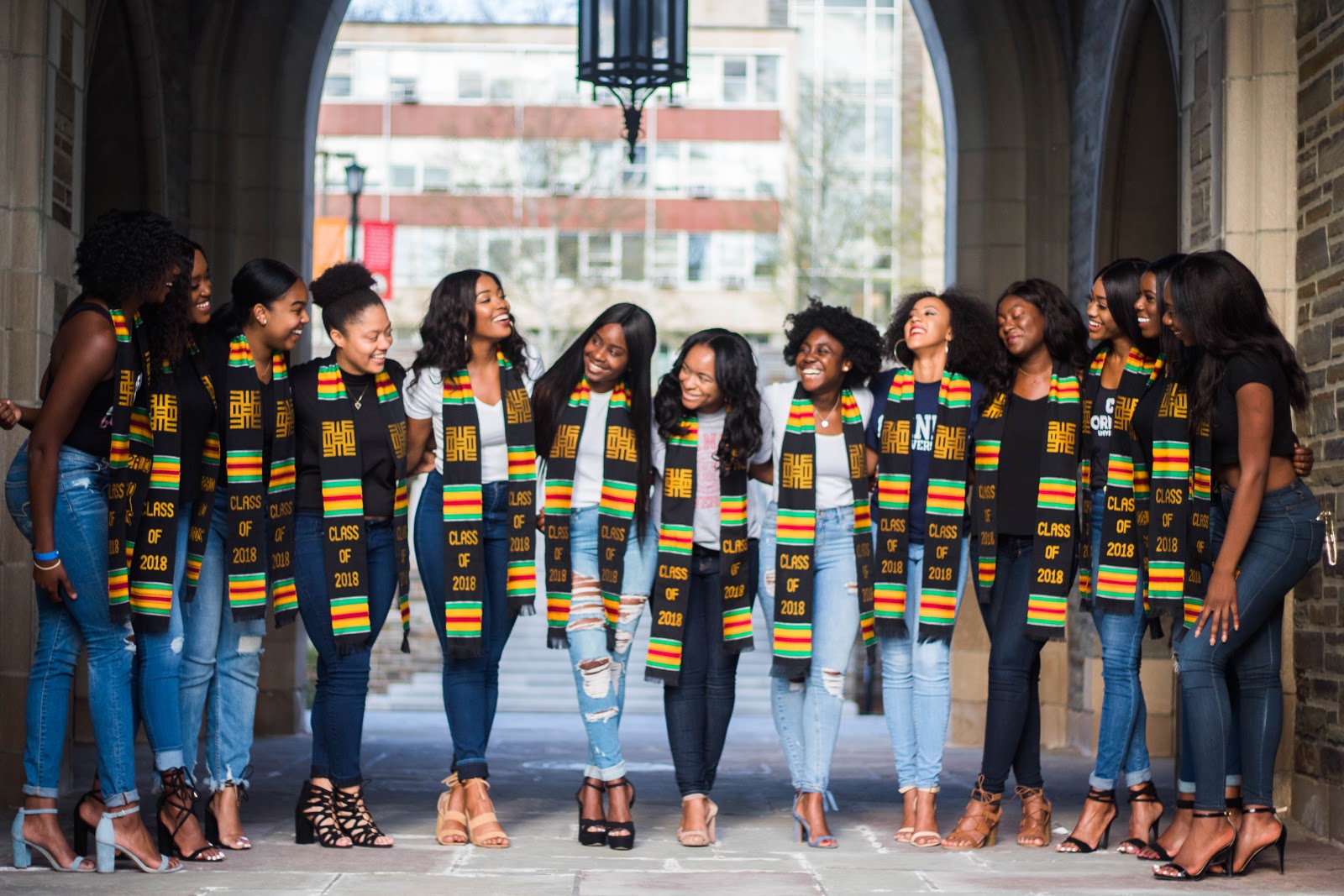 For four years, if not more, we have served as the defacto experts on all things diversity in our classrooms, defended our intellect in environments where we might have been assumed to be inferior, questioned our beauty in a society that uplifts Eurocentrism, fielded ignorant questions about simply being a black person in America, been congratulated for "being so articulate for a black person," been criticized for having too many black friends, been criticized for having too few white friends… we have put up with a lot. While it's not Jim Crow-level oppressive behavior, as conservative pundits only seem to recognize, these microaggressions do build and manifest in ways that can eventually become too much for some black students at predominantly white institutions (PWIs).

This experience isn't the case for every black student, but it clearly applies to many of the black student populations, including my school, who have gone on to request black graduation ceremonies. Like many other students of color, I have friends of all races but have a unique bond with other black students who have also spent the past four years experiencing the highs and lows of being a black student at a PWI.

Our similar experiences have connected us.

There is something so comforting about being able to let your guard down and acknowledge that what you are experiencing is not an isolated event – it is human nature to bond based on adversity. Despite a number of obstacles, black students have kept pushing and likely made it look easy. But, don't get it twisted. Just because a certain population has been blessed with the privilege to be ignorant of our circumstances does not mean that our experiences are invalid.

I refuse to allow people who do not walk in my shoes tell me my shoes aren't necessary.

So, the same way schools offer varsity sports recognition ceremonies, LGBTQ ceremonies, and Greek affiliation ceremonies, black graduation ceremonies bring together students of similar experiences and validate their accomplishments and the journey that brought them there. In this case, racial background is the differentiating factor in black graduations, and it should not be so controversial. Seeing color and acknowledging differences are not inherently racist unless those factors are used to prevent one population from equal opportunity and resources.

In short, let me and my homies graduate in peace.

Featured image by Raheel Yanful, courtesy of the writer

Lydia is a recent Ivy League graduate who is passionate about using her voice to enact change in minority and female communities. Dubbed the "Intern Queen," she has worked 8+ internships in diverse industries, including Wall Street firms and the Obama White House, and is now bringing her career and lifestyle tips to you! Meet Lydia on Instagram @queen_of_anglin and Twitter @its_lit_dia.

It's great to check a few of the tried-and-true popular U.S. and global locales off your travel wish list, but it's even better to add a few other spots that are not quite as overpopulated with tourists. You can create a few unique memories and get those IG moments that don't seem so overdone or cliche while exploring a different part of a country.

What Is Human Design & How To Use It To Increase Intimacy

For some time now, the Human Design System has been picking up mainstream traction! And like so many other explorative journeys, the concept of Human Design took off via social media. Similar to Astrology, Human Design requires your birth time and date, and it also provides a map of sorts to help you navigate this world with purpose while being uniquely you (and tapping into your purpose). In fact, if you desire, the information can work simultaneously with Astrology.

Saweetie Shares Her Three B’s For A Healthy Life

The more Saweetie prioritizes her mental health, the more gems she drops in the process. The “Icy Chain” rapper has been open in the past about her mental health struggles due to being overworked and not properly taking care of herself. After having a few mental breakdowns, she has been on a mission to put her health first and focus on self-care.

These Black Women Are Shifting The Narrative On Wellness

Black women have been redefining what wellness looks like since the beginning of time. (I even have a real-life, sassy, still-walking-signifying-driving-gardening example of this via my own 92-year-old Granny, who is the epitome of manifestation and self-preservation, as she has always defined wellness on her own terms.) We continue to shift the narrative, especially when it comes to what "wellness" actually means as a Black woman in a world where it can be so hard to simply exist in fullness.