What's Free? Cyntoia Brown Has Been Sentenced 51 Years For Killing The Man That Trafficked Her

Cyntoia Brown, a 30-year-old woman from Tennessee who has been imprisoned since she was 16 years old for killing the man who allegedly solicited her for sex, has just been served a life sentence. Cyntoia has been sentenced by the Tennessee Supreme Court to serve an additional 51 years in prison before she will be a free woman. This is a result of her year-long battle to overturn her initial conviction of first-degree premeditated murder, first-degree felony murder, and aggravated robbery, and the subsequent sentencing of life in prison at 16 years old.

Cyntoia's life story has been nothing short of heartbreaking, as she was placed for adoption at two years old, where her journey was riddled by sexual abuse, physical abuse, verbal abuse, and substance abuse. As a teenager, she was sold into the treacherous world of sex trafficking by a 43-year-old pimp "Cut Throat" who forced her into prostitution where she was subjected to even more abuse. In the documentary about her circumstances Me Facing Life: Cyntoia's Story, she gives a glimpse into the paranoia that accompanies such a horrendous experience, making it impossible for viewers not to empathize with her situation.

Nonetheless, initially in 2004, during her adolescence years, she was tried as an adult for shooting her abuser who she thought would kill her first. The Root describes her accounts during the trial:

"She said there was always a gun pointed on her during her captivity. She said she was hit, choked and dragged. She feared for her own life, and she acted out of that fear."

Cyntoia has since served 14 years in prison.

Her story has caught the attention of many people, including celebrities who lobbied for her release such as Kim Kardashian West and Rihanna. Kim even backed her legal team affording her the same defense as O.J Simpson. CNN reports that she was granted a clemency hearing in May, when at first the Board of Parole could not reach a definite answer, and then later unanimously decided to have her complete 51 years before she is to be free. 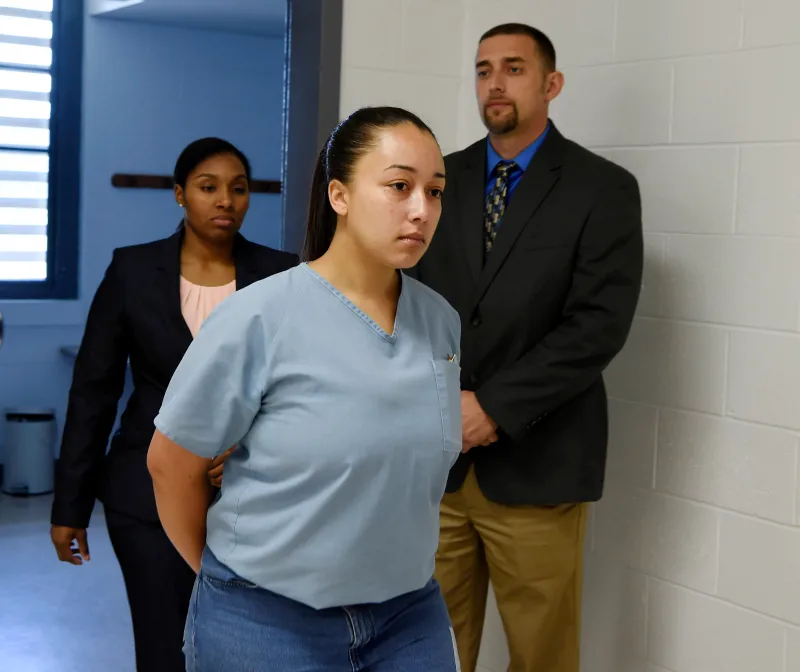 Though I am no judge, it is hard to believe that it is constitutional for a woman with such a background of abuse at the hands of the slain be detained until she is about 69 years of age. The sentence itself seems excessive, cruel, unusual, and quite frankly it seems to be a message that the legal sentence is trying to send to Black women: you do not matter.

Though the district court pointed out she wasn't sentenced to "life without parole" and just a life sentence, it burns to know that a human life can be valued so little. Regardless of the undertone of defeat that this sentence bears, we must continue to uplift and validate each other in sisterhood. Cyntoia's life matters, and each day that she is imprisoned is a reminder of the struggle of power within the justice system.

Make no mistake, our voices are also powerful and we will keep her name on our lips, spreading her story, and expressing our outrage at this injustice:

New Jersey native creating a life that she loves while living in gratitude. Lifestyle and wellness creative, fur mom, full-time lover of laughter. She is out for revenge against the darkness by being the light ,taking her own advice, traveling the world, and spreading love one "yasss queen" at a time. Keep up with her via IG @Iamzaniah