The Ugly Truth: Here's What Detox Teas Are Really Doing To Your Body

The problem is that these detox teas are dangerously unhealthy, and are virtually unregulated by the FDA. In other words, detox tea diets...

It's hard to scroll through Instagram withouoming across a photo or hashtag supporting healthy weight loss goals or fitness motivation. For people struggling to lose weight, this is the right kind of push they need to kickstart or continue their workout plans. So it's easy to see why people feel motivated to purchase products from Instagram that will help them lose extra unwanted pounds.

You also don't have to look far to find celebrities like Kendall and Kylie Jenner, Nicki Minaj, Adrienne Bailon, Amber Rose, and Christinia Milian promoting a "teatox" (detox tea) brand on Instagram. The problem is that these detox teas are dangerously unhealthy, and are virtually unregulated by the FDA.

In other words, detox tea diets may do more harm to your body than good.

Xonecole.com writer Soraya Joseph found this out the hard way after purchasing an Instagram teatox diet back in November. It landed her wriggling in pain from symptoms such as cramping, shortness of breath and heart trouble.

After steeping her tea for longer than what the directions suggested, she said that she felt unbearable cramps while visiting her family house, with a pain in her abdomen that shot up to her chest. She excused herself to attempt to try and use the restroom but never made it as far as to actually doing so. She passed out in the hallway.

"It knocked the wind out of me...I can't explain the pain enough. It was like, I could not breathe and my hands and feet felt like jelly, and so clammy."

After coming to rescue to revive her, her family then called paramedics for help. But the side effects of drinking her teatox were far from over.

That one attempt sent my body into a shock because at that point, it's like your body is already super sensitive and any major type of movement will disrupt it further. I literally got cold all over and got goosebumps.

She said that during the incident, she felt like she had pins and needles in her hands and legs, but she was oddly relieved about that - it meant that she was still alive and breathing. Soraya's first responders explained why her symptoms went left following her teatox drink. Hearing what paramedics had to tell her was very alarming.

Come to find out...I had a Valsalva Maneuver attack. People die from it, they said, more than we know. But they said in a case like mine, it is rare because I'm younger so my heart is stronger. But they said it's still worth seeking immediate attention, especially for older folks.

Soraya quickly abandoned her teatox diet following her attack, but it's made her more aware of buying a celebrity endorsed product. Although some may feel like she should have poured the tea down the drain after realizing that she was using it incorrectly, no product that claims to be natural should be so potent that it sends you to the hospital or causes heart trouble. Either way, CNN and Dallas Morning News medical reporter, Dr. Seema Yasmin, thinks that Soraya is making an excellent choice.

You have to be really weary when something is touted as natural or herbal, because that makes it sound likes it's harmless. But so many of the compounds and chemicals found in these so called natural or herbal tea toxes, sure they might derive from nature, but that doesn't mean they're necessarily safe. So a lot of what we're seeing in some of these ingredients are senna, aloe, rhubarb root, things don't sound that bad, right? But it actually can be quite toxic to the body.

THE ACTIVE INGREDIENT IN TEATOX PRODUCTS

Dr. Oz and The Doctors show contributor, Nurse Alice Benjamin, agrees with Dr. Yasmin. She says that anyone who is naive to how senna actually works could be met with serious consequences behind blindly purchasing teatox diets.

You can have physical and physiological changes to your colon [as a result of ingesting teatox diets]. It could actually change your colon. What the senna does is it causes the intestines to absorb fluids, and when the fluids go, your electrolytes go and you're going to stool all of that out. You're going to lose lots of fluids, you're going to lose lots of electrolytes, which will cause an imbalance. You can also lose important proteins, which means muscle weakness. It can influence your intestine's ability to properly absorb the nutrients you wanted to absorb, so it can be very dangerous.

What may be confusing to some teatox users, or people who are interested in purchasing teatox products, is the before and after Instagram photos of women who have lost weight using them. Although you may see a weight loss difference, you're not actually losing body fat. Dr. Yasmin says that often what you see in those photos is a loss of water weight.

If somebody does feel like they're on the scale every day, they're hopping on and off, they're drinking these teas every day, and they are seeing that there's weight loss, they're not losing body fat; it's just dehydration. Just water loss. Which may not sound that bad, but you think about how important it is to stay hydrated for your brain and for your other organs, it can be really dangerous.

The scary part of using teatox diets, especially if it's a 28-day program, is that it could cause an electrolyte imbalance within your blood. This could lead to heart problems, muscle weakness, and could cause your bowels to stop working altogether. Dr. Yasmin says that one reason why doctors do not prescribe laxatives for more than two weeks is because the body creates a tolerance to the product, even the ones that are natural. So while the teatox product may open your bowels, after two weeks, it may actually cause constipation.

The alarming fact behind teatoxes is that it's considered a supplement, which means that it's not regulated by the FDA. In the past, Instagram has shut down the pages of companies who had received too many consumer complaints about teatox products. But you may not find the FDA stepping in to support U.S customers who fell ill after consuming teatoxes.

Dr. Yasmin said that she's written articles on consumers who have died using supplements that can be purchased at your local grocery store or supplement shop. She says that in the end, it's up to the consumer to be smart about what they choose to purchase to promote weight loss.

...Sadly, it falls on the consumer to be very savvy and very aware and to realize that when something isn't a food, and something isnt'a medicine, and it's a supplement, then supplement falls into a big black hole when it comes to regulation by the government. And that means that lots people found lots of things that you can go out and buy at the grocery store, but what's in it may not be safe, and what it's says is in it is not actually be what's in there. It's very alarming, but it falls on us to be careful consumers.

Nurse Benjamin agreed with Dr. Yasmin, and added that even when a supplement proves to cause harm, the FDA may still not step in and warn consumers about the product until enough harmful or bad things have happened to consumers.

In comparison, the Australian Medical Association has been very vocal about warning Aussie customers on the dangers of using teatox products. A spokesperson for the AMA said that teatoxes promote unhealthy and unrealistic weight loss goals.

There is a lot of truth to that statement. Dr. Yasmin and Nurse Benjamin both say that there is no easy way to shed pounds, and losing weight begins with a healthy foundation of lean meats, fruits, veggies, lots of water, and exercise.

In fact, Being Mary Jane star Gabrielle Union has found much success in controlling her weight with lean meats, veggies, water, and portion control. She told US Weekly back in December that she eats cuts of lean meats, fish, two servings of green vegetables a day, and lots of water. She had this to say to Us Weekly about her diet and exercise routines,

“...[You should eliminate] sugary drinks. Sodas, the coffee drinks. Those coffee drinks are pretty much what you're supposed to eat all day...Replace all of those with water. I do a gallon of water a day....It's really, really helpful if you're trying to lose weight. I try to make my plate like a rainbow. So if you can work in some sweet potatoes, or yams, or yellow peppers, just to try to make your plate as colorful as possible. Lean meats...I try to go for leaner cuts of meat.
Get a heart rate monitor. Keep your heart rate in your fat burning zone. For me, it's 120-160. Stay in that zone, and so work smarter, not harder.

Claudia Scott, a registered nutritionist and faculty member at the University of Houston, says that although you may feel like you need calorie rich foods like a burger, baked bread, pastries, and donuts, it's best to also consume nutrient dense foods.

If we're talking from a food as medicine perspective, it's the type of things that we consume that are lower in calories that are going to make a difference [in our weight loss goals]. For example, non-starchy vegetables - very low in calories. You can make them tasty, and add them to many different types of meals that you already have going. If you're eating more vegetables, and eating less of the calorie dense foods, like fried foods, or pastries, or baked breads, that sort of thing, that's going to really make the difference....it's going to make a difference because you're going to lose weight if your body isn't over consuming calories.

Even if you're currently using a teatox program, and are concerned that maybe you maybe hurting yourself, there is a simple way to evacuate your bowels sans the teatox - drinking plenty of water.

Doctors often suggest that your urine should be light in color, which is an indicator of being properly hydrated. Nurse Benjamin and Dr. Yasmin also says that if you drink plenty of water, you won't have a need for teatoxes or over the counter laxatives.

Claudia offered up a great way to ensure that you're intaking the proper amount of water during the day, or when you're out for a night on the town with friends.

Again, there's plenty of ways to lose weight without a teatox diet. Check out our gallery of celebrities who nailed their weight loss goals below!

What has been you experiences with using teatox diets? Let us know in the comments below. 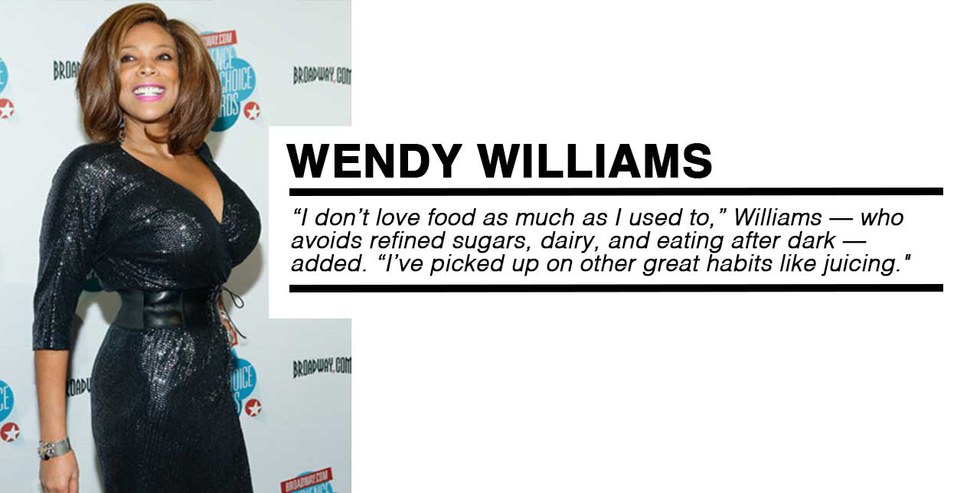 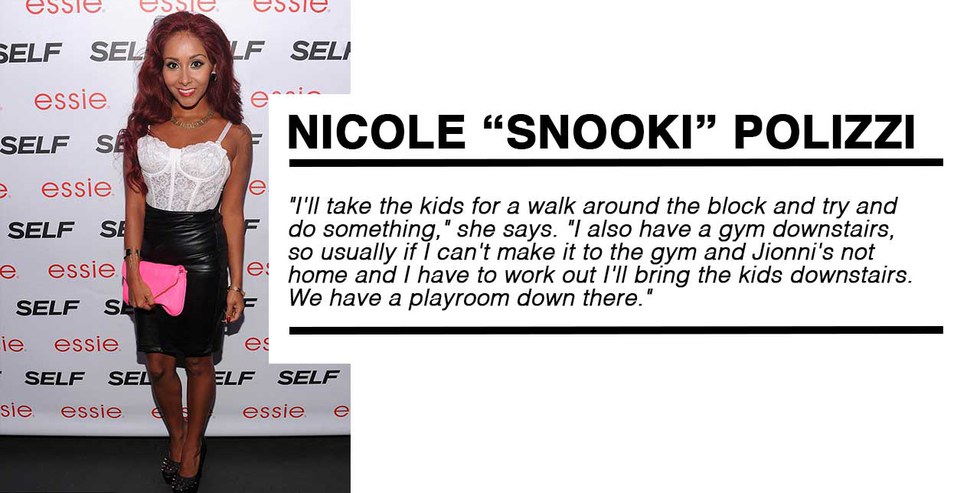 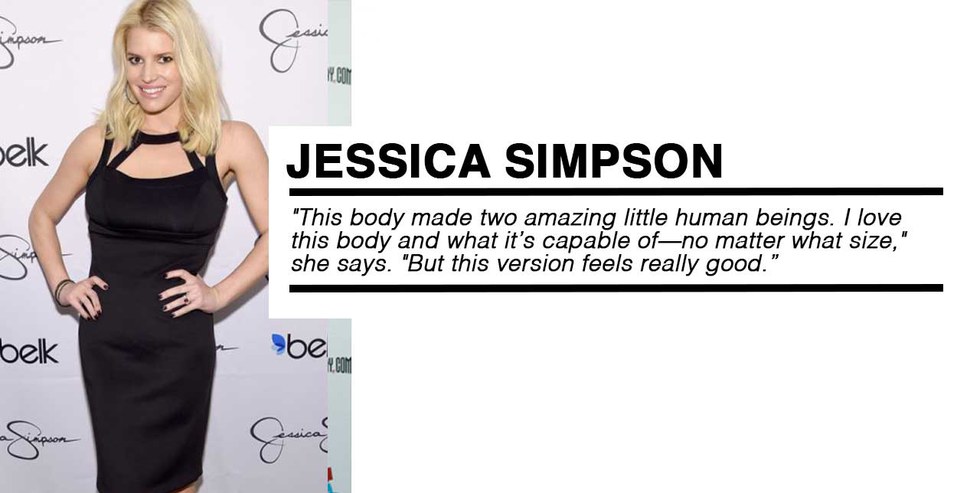 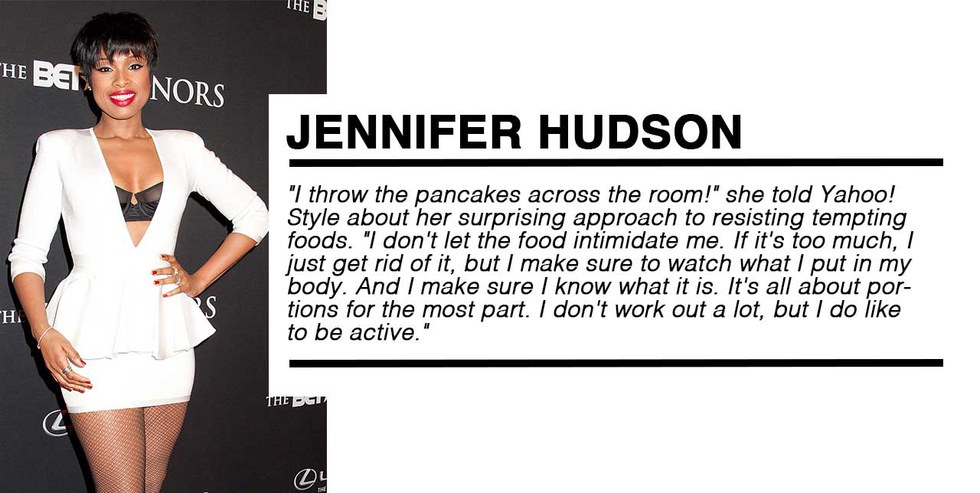 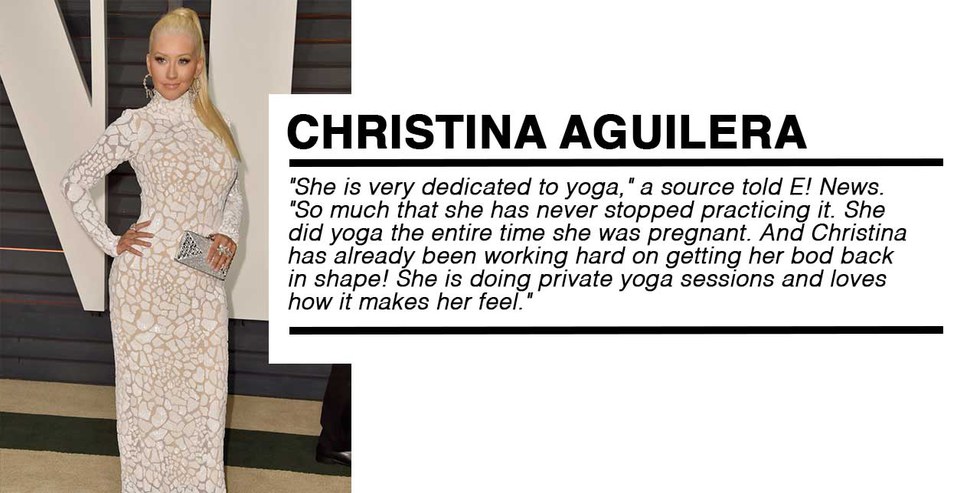 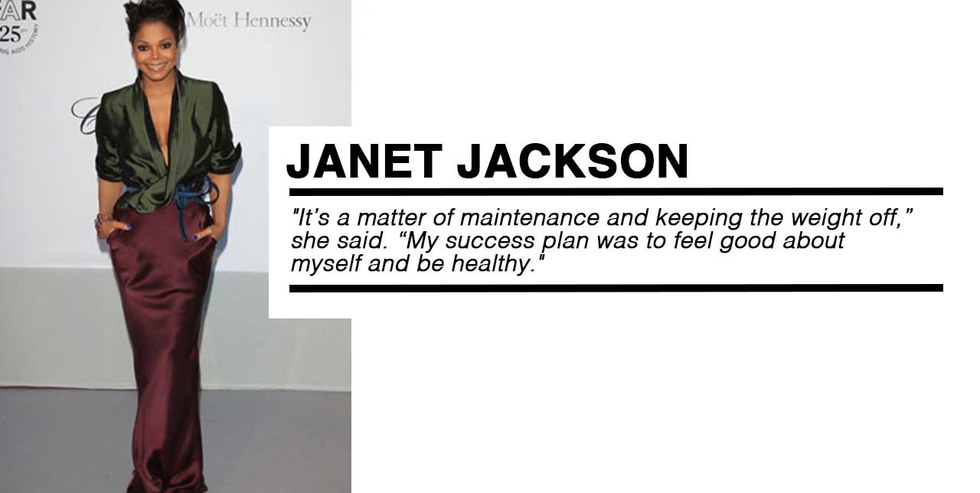 "It was destined to happen. I just had to find my way there."

Is Your Tightest Friendship Nothing More Than A Trauma Bond?

Here's How To Feel More In Control Of Your Life

Take Notes: Ciara Is The Friend That We All Need In Our Lives

I Walked Away From My 6-Figure Corporate Career, This Is How I Manage My Stress