Why This Writer Is Choosing Mental Health Over Wealth

Meet The New Jill is Black 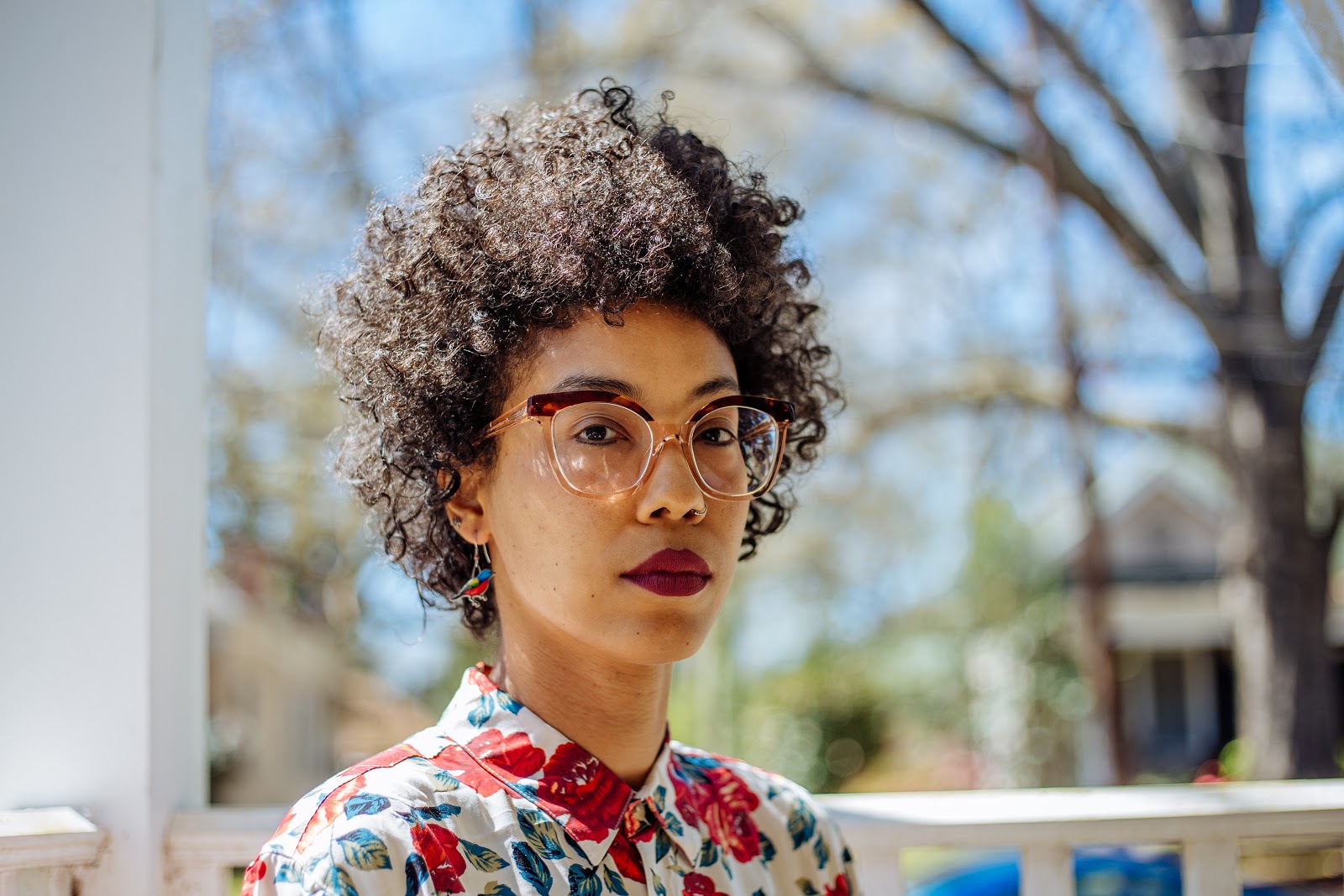 Not long ago, Jill Louise Busby garnered tens of thousands of followers on Instagram as Jill Is Black - the witty social commentator. People dug her finger-pointing and finger-wagging. Her social media content was eloquent and angry, geared toward white supremacy, hierarchy, and oppression, calling out anything or anyone that didn't jive with her political and social opinions.

People loved it. The pithy way she commanded words marked her for influence and thought leadership. As a queer, Black woman, writer, filmmaker, and speaker, Busby has always been committed to fighting for her people. But she's laid down her sword and shield of rage and self-righteousness and found another approach for social justice that doesn't leave her drained and unhappy: The pursuit of honesty.

This simple and sobering declaration sits just beneath her photo on Jill Louise Busby's website. Fitting, as submission to its pursuit has become the social justice commentator's North Star instead of anger.

It all started on Instagram. Jill posted for fun. Her beautiful and artsy self-portraits and witty, thought-provoking captioning drew a nice little crowd. She mused and offered hilarious critique on a swath of topics including social justice, dating, and the hierarchies we create to feel superior to one another. People agreed with her. People followed her. Her Instagram following rose to a cool 5k without her even trying.

"The running joke was that I would never do videos because I am a writer."

But something happened. Jill, a queer Black woman, was hired at a nationally-recognized nonprofit to help steer diversity and inclusion. It wasn't long before she found herself frustrated with the politics and futility of the work.

Jill did the one thing she said she'd never do — she recorded and posted a video ranting about it. And then, she went to sleep.

"I woke up the next day, I had about 20,000 more followers. People were sending me this video from various [digital platforms] with a million views and I'm like, 'Holy shit.'" Busby remembers with wonder.

Jill soon found herself churning out videos - summoning a deep anger toward systems, people, and points-of-view. Anger was good. Anger signaled authority. Anger did numbers. Anger built a platform. Busby was soon being invited to speak on racism and oppression across the country.

"For me, this particular 'Jill Is Black' vehicle pulled up at my door and suddenly I had the decision to get in and ride or wait and be myself. And I got in the car for a while. A lot of people get in the car because in a society where we crave and love fame, most people are gonna say, 'Yes.' And I understand that. It would be hypocritical of me to say that I haven't enjoyed parts of social capital and popularity. But what is true is, I simply couldn't do it anymore and be a happy person," Jill says with striking clarity.

With her wellness taking a beating, she asked herself one question that made the decision to get out of that car a bit easier:

"Is this the machine you want to feed?"

Maybe she had been wrong about a lot of things and what if being wrong was ok? What if being right all of the time wasn't real or even necessary?

"I said to myself, 'Jill, I need you to stay open. I need you to talk about all the times you were wrong.' I was really guilty of not being open. Of not questioning myself, my motives, who I was to even present some of this information. I also think I did it with a smug-ass face. There is something about being 'Jill Is Black' that feels very important because I went hard in it but [I knew] this [wasn't] going to work."

Busby's realization uncovers a few compelling thoughts: We're all using the same buzzwords and vying for the ultimate forms of political rightness. What room do we make for personal error and evolution? Do we consider that the public opinion and societal norms we believe to be most 'right' and true today will quite likely become outdated and even problematic in a few years? Why do we hold so tightly to the idea of being unequivocal and indomitable authorities? 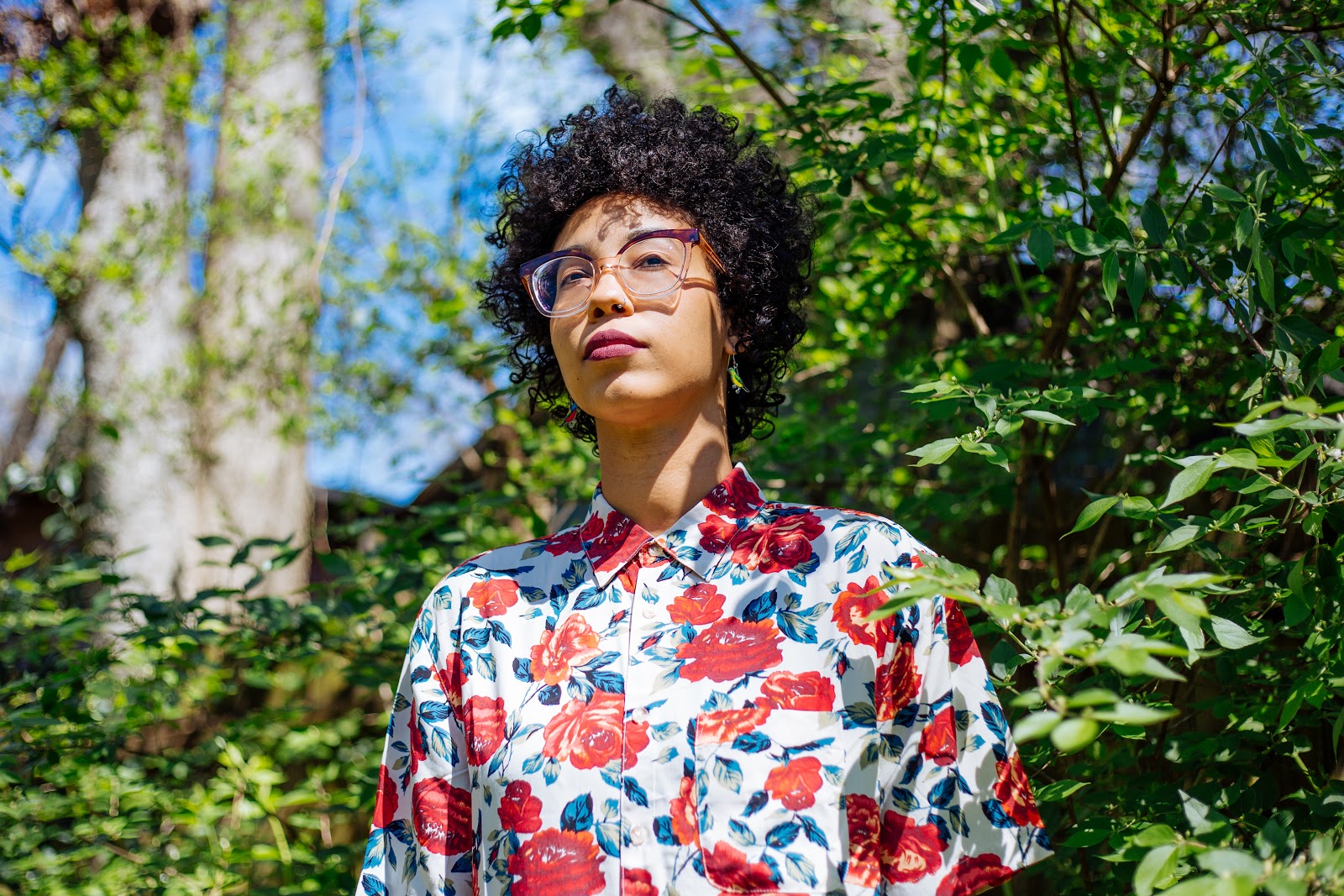 How Jill Louise Busby is learning to engage with truth and honesty as daily practice is a masterclass our digitally-obsessed and self-righteous society could stand to sit in on.

"I still have a passion for fighting for us [but with] a priority for doing that honestly."

'Ego work' is what Busby calls this awakening and journey inward. It has been, is, and will always be the opposite of what's popular. But that's just the kind of internal and external battle Busby welcomes with open arms.

"I say 'ego work because I'm spending my time saying, 'Yo, where is your ego right now? What is your purpose? And if you're scared that people will find out what you actually believe then you're not living correctly. We like this feeling of being right all the time. I get that. That's an enticing thing. If the relationship you want to other people is simply to correct them and beat them into submission… What we should start looking at is what we're getting out of that," Jill explains with conviction.

Her focus is on herself and those who may be on the same path she was on. "I wanted to [start talking] about myself. I wanted to talk about the me's of the world. Little hipster Black girls who go around spouting this rhetoric that they heard in college. Some of us are doing it sincerely and some of us are doing it for capitalism. So I was going to talk about myself and that's what I did. Eventually I was talking about just me. I'm not going to fuel a rage machine for capitalism. I'm not going to do it for self-righteousness. I'm not going to do it for peer approval."

Jill admits that choosing introspection over dogma is a lifestyle change that doesn't draw coins or clout.

"I think if we were really being true to ourselves we would not have lots and lots of followers for living honestly. I'm losing them everyday so I know that," she chuckles knowingly.

"My mom once said, 'Being a prophet won't bring you much profit.' And I find that to be true. Everybody's vying for the top spot because it's lucrative. You get to tour. You get to write the book. You get to do the guest spot. And the thing is that racism will always feed itself. So you'll always be in a position to talk about it. When we look at our heroes from 40 years ago, they're still doing college tours. Race is good money; honesty isn't."

"I'm a better person as a full person. You don't get 'Jill Is Black' without Jill. Whoever we are online, we don't get those people without where that originated from. You can't take one without the other."

She is just as passionate as ever about fighting for Us. Less concerned with reactive rhetoric, she is interested in expression and internal work that purges the dross and excavates the gold of truthful expression, connection, and actual forward movement. 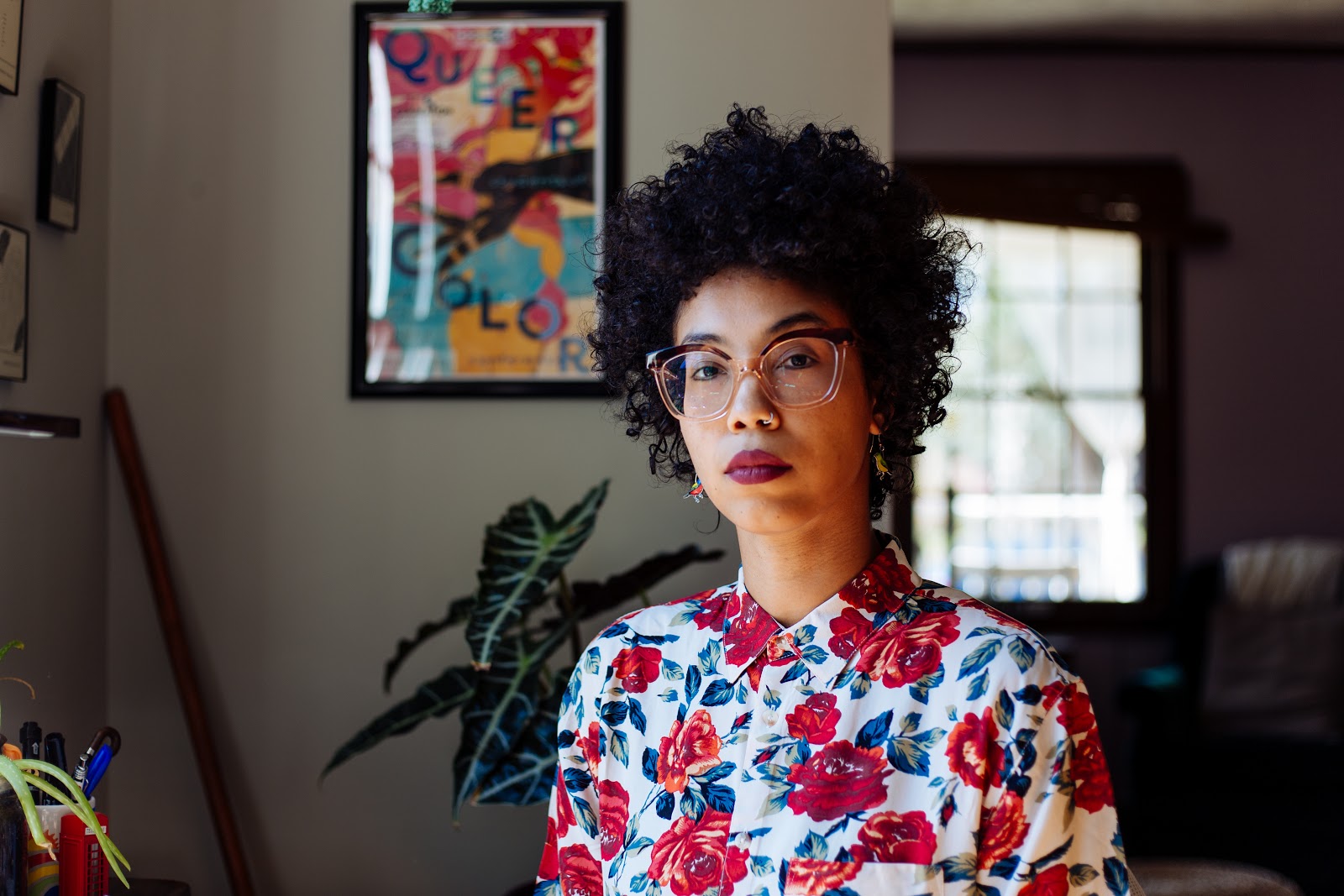 She says, "As a recovering know-it-all there is something really beautiful about submitting to a process."

Busby has settled into the safety and awe of knowing that she doesn't know everything. The humility of remaining teachable. It's a gift she'd give anyone searching.

"The encouragement that I would [want to] give people is to try a.) reclaiming control over your life and [not being ruled by anger]. b.) I encourage you to try saying, 'I don't know. I don't fuckin' know.' Eventually you will become addicted to the feeling of saying, 'I was wrong about that shit,' and that feels great."

Currently, she's channeling her energy into her art. She is writing screenplays and working on a film. Her show 'Moms As Managers' (in its third season) which stars herself and her real-life mother is a multi-generational creation. The premise: her mother manages a fictitious character who deals with 'every demon' Busby's dealt with and together they tackle a 'menagerie of millennial anguishes' including but not limited to 'ambition, belonging, race, and identity.'

And as one of the 2019 Writers-In-Residence with the Rhode Island Writer's Colony, Jill is also working on a book. It won't be full of the obligatory dramatic short essays. She's penning something we can sink our teeth into.

While Jill Is Black has her place, Jill Louise Busby is in the driver's seat from here on out.

For more of Jill, check out her website here.

Hanna Phifer
*Editors note: this article contains information about sexual assault, child pornography and rape. Please read with care. If you have experienced sexual violence and are in need of crisis support, please call the RAINN Sexual Assault Hotline at 1-800-656-HOPE (4673). If you are thinking about suicide, please call the National Suicide Prevention Lifeline at 1-800-273-TALK (8255) or the Suicide Crisis Line at 1-800-784-2433.
Keep reading...Show less
The daily empowerment fix you need.
Make things inbox official.
Become a Member
Saweetie

At the end of last year, Saweetie decided to do the big chop and debuted her new crown on Instagram in time for the new year. When asked about her decision to shave her head in previous interviews, the “Icy Chain” rapper shared that she wanted to “start fresh.” But now she’s giving folks a deeper look into her relationship with her hair. In the May 2022 Glamour UK issue, the 28-year-old reflected on her hair journey from struggling with it as a child to cutting it all off as an adult.

I vividly recall my mother implying that TV couldn’t teach me much of anything, but in reality, we know that representation teaches us a lot! It empowers us and highlights diverse ways of Black life (more so in recent television history) that vary from traditional to not so traditional – though this makes the impact no less real. Television shows like P-Valley highlight the importance of human decency over respectability politics, while other shows allow us to see the value in falling through life with our awkwardness.

Halle Bailey and her boyfriend DDG are one of the cutest celebrity couples in the game right now. After confirming their relationship in March 2022, Halle, 22, and DDG, 24, made their red carpet debut as a couple over the weekend during the 2022 BET Awards. In an interview with Extra, The Little Mermaid star shared that she was “nervous” about their debut. “We’re like tryna figure out what we were going to wear. All this stuff,” she said. The couple matched each other’s fly with both wearing all-black outfits.

“Who made the potato salad?” As summertime kicks off, this is the universal question that, without fail, will be asked at every barbeque and backyard kickback over the coming months. With the Fourth of July also nearing, summertime celebrations and cookouts will be in full force. However, as the tide begins to turn in this new day and age, more Black Americans are celebrating Juneteenth, instead of the Fourth of July, because, after all, there were still over 250,000 Black Americans enslaved in Galveston, Texas during this so-called Independence Day.