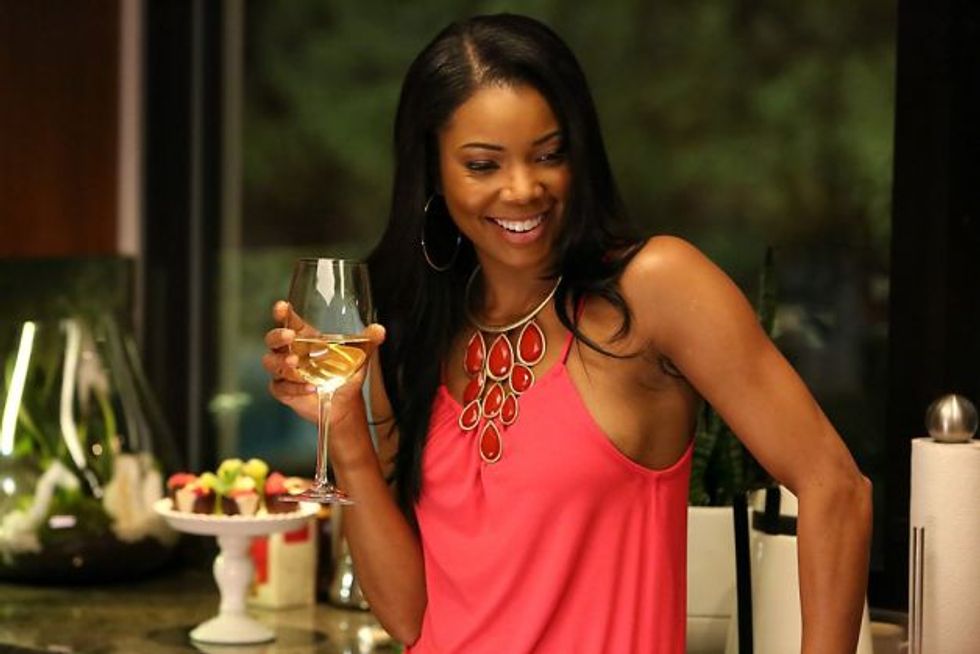 I feel the need to preface all of this by saying that, yes, I am single, over 40, and have never been married.

I feel the need to preface all of this by saying that, yes, I am single, over 40, and have never been married.

No, it does not make me a red flag when it comes to me being perceived as “dateable" or “un-dateable". I think it is only fair that I debunk a few assumptions typically affiliated with women of my status:

One: I do want to get married someday.

However, divorce runs more-than-rampant in my family and I have no desire to continue the tradition. I'm being selective in my choice and if that means getting married at 60 and dying at 80, hey, it was still a good 20-year run. I'm good with that.

Two: It's not for a lack of opportunity.

Three: It wasn't in my plans to be 42 and still single.

However, I do a lot of research and I know that getting married under 25 doesn't bring the best results. I also know that biblically, 30 symbolizes “maturity for ministry" so somewhere in the 30s is a really nice age to even start to consider marriage, especially when it comes to men. Plus, sometimes life is just so MUCH, so FULL, and so DEMANDING, that time flies.

So, with all of that out of the way, I'm going to spare you a hyper-defensive rant about how I don't need a man or want one. I love men! I need and want one. Just not in a needy way and being in my 40s helped to bring me to that place of peace where I can see myself needing a man without any of the needy behaviors that once came with it.

Below are the lessons I learned along the decades about love and relationships and ultimately why I am OK with waiting for the love I deserve:

When you're in your 20s, you want someone who is cute.

This doesn't apply to all 20-somethings, but it was my (and my friends at the time) personal experience that during that decade, you're still trying to figure out who the heck you are. Sometimes, unfortunately, you'll allow others---whether it's unhealthy friends, bad boyfriends, or the media---tell you who you are. And if you believe the lying hype and you don't think you're pretty enough, smart enough, worthy enough, whoever tells you that you are, you're so thankful for their validation that you settle. Or, you don't think you're attractive, so you go on a mission to find someone who comes in a pretty package to prove that you're not as ugly as you think you are.

20-somethings reading this, listen: I dated a lot of cutie pies. They about took my uterus out. Aim higher.

When you're in your 30s, you want a relationship.

Honestly, for me, my 30s was about healing from my 20s! No joke. And when you're in the process of getting your own self (back) together, it's an act of love to do it in solitude. The “broken you" tends to see life very differently than the whole you. That means you tend to be attracted to different kinds of people too. My last boyfriend was around 31. We stopped having sex when I was 32. I liked the comfort of being in a relationship, but it always felt like something was missing.

When you're in your 40s, you want someone who can fix your car.

It's funny but true. Although I'm in my early 40s and I'm sure I'll have some revelations at 50 about this statement, for now I know this: In your 40s, you've been there/done that more than you'd like to admit. You've seen the romantic chick flicks and had your fair share of trying to imitate them in real life. Now you're more practical. You still want love. You still desire passion. Shoot, I've been not gettin' any for too long now to not expect some mind-blowing sex!

But you want someone who complements your life, who you can be honest with about your dreams, and who will rub your feet when you've been grinding the payment all day.

Someone who you won't have to worry about calling AAA about regarding your car because he's got the solution, who you can pillow talk with, pray with, conquer the world better together than apart with.

Looks are a bonus.

Charming is not a priority.

Being spiritually solid is.

Mature, proactive, intentional. These are the words you find yourself using when describing what you're looking for.

My 40s have brought me to this place – a place of not wanting the fairy tale, a place of wanting to be a whole woman with a whole man in a real love.

My being 42 and not married is not some red flag. It's a badge of honor. Real talk.

I wrote a book about my over 10 and under 15 sex partners, and four abortions in my first bookInside of Me: Lessons of Lust, Love and Redemption.

My being 42 and not married is a blessing. For my present self and my future beloved.

Same goes for any other woman who can feel me.

Do you feel me?

After being a regular contributor for about four years and being (eh hem) MIA in 2022, Shellie is back penning for the platform (did you miss her? LOL).

In some ways, nothing has changed and in others, everything has. For now, she'll just say that she's working on the 20th anniversary edition of her first book, she's in school to take life coaching to another level and she's putting together a platform that supports and encourages Black men because she loves them from head to toe.

Other than that, she still works with couples, she's still a doula, she's still not on social media and her email contact (missnosipho@gmail.com) still hasn't changed (neither has her request to contact her ONLY for personal reasons; pitch to the platform if you have story ideas).

Life is a funny thing but if you stay calm, moments can come full circle and this is one of them. No doubt about it.