There's Room At The Top For Everybody Black

As A Wrinkle in Time premiered this past weekend, many film critics doubted whether Ava Duvernay's remake of a children's classic could topple the cultural phenomenon that is Black Panther. It didn't.

But Duvernay's sci-fi/fantasy flick DID earn a commendable spot closely behind Ryan Coogler's blockbuster. Despite its financial success, Wrinkle was still subject to intense criticism for not measuring up to the Black Panther excellence. The real shame is that most outlets failed to see and applaud the bigger picture.

For the first time in box office history, the top two spots were dominated by films with black leads and black directors. 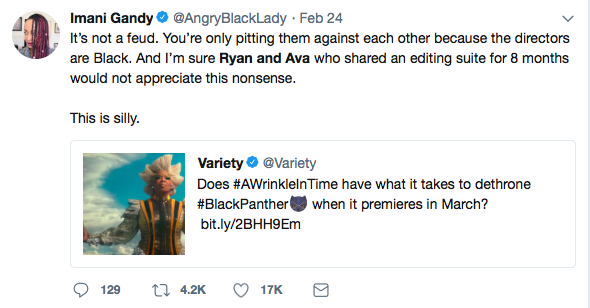 Given the vast difference in genre and target demographics, it begs the question: why were these two films pitted against each other at all? Of course, every weekend release is a race to the top but the tone of these comparisons read as more than just customary competition. Black creators of all industries and genres become subject to unfair division. This divisiveness is more plainly seen in the music industry (Beyonce vs. Rihanna, Kanye vs. everyone, etc.) yet the historic lack of black filmmakers makes the disunity particularly disheartening.

Isn't it high time we accept that there's ample room for multiple black filmmakers to be successful?

There seems to be a reawakening of sorts for black filmmakers. The origin of this surge is uncertain but the existence of it is clear. While inclusivity in film has gained more momentum in recent years, the vast majority of movies are made through one homogeneous lens. Due to the long-held myth that black films don't perform well overseas, filmmakers of color have spent decades trying to convince Hollywood that their distinct perspectives can reach broader, global audiences. As studio execs are finally understanding that diversity is not only in-demand but also profitable, the breadth of content made by and made for underrepresented groups continues to widen.

More diversity on the big screen has had a more profound impact on popular culture. The immense amount of support and collaboration in Black Hollywood right now feels reminiscent to the halcyon days of 1920's Harlem. With artists of all backgrounds exchanging ideas and creating work reflecting the social and political experience of marginalized groups, it's no wonder many are whispering the coming of a "New Black Renaissance."

This movement is apparent.

If you follow black creatives on social media, you have most likely picked up on the camaraderie. Issa Rae, especially, is the current social butterfly of Black Hollywood. Her followers may remember living vicariously through her Instagram stories this past summer at both her highly-melanated yacht party in LA and her house party in Atlanta. The guest list? Actors, writers, and directors of all the most popular black shows and films of the year. 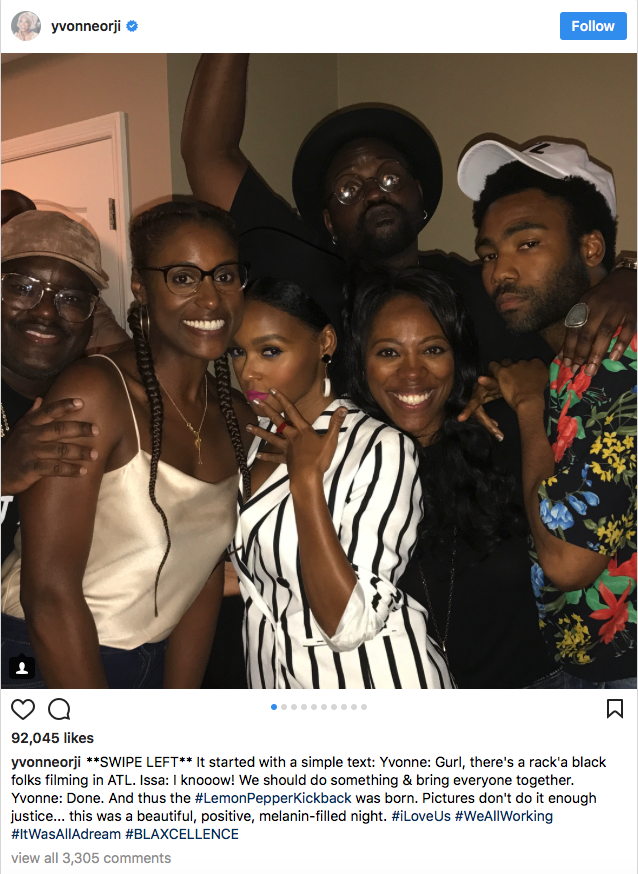 Not only were these social gatherings fun to observe but they also demonstrated the genuine bond among current black creatives. And in case there was any question whether Issa Rae truly supports her people, her infamous response to who she was pulling for this award season found its way to memes and t-shirts galore.

The emphasis here is everybody.

What needs to be avoided is tokenism, an idea that filmmakers John Singleton, Lee Daniels, Barry Jenkins, and Jordan Peele blunty touch on in the latest issue of The Hollywood Reporter. As the only four black directors to be Academy Award nominated in the show's 90-year history, they knew far too well the loneliness in being the token black guy. Daniels, director of Precious (2009) and The Butler (2013) laments he "grew up in a time where there could only be one" to which Singleton (Boyz N the Hood, 1991) agreed, calling it "the Sidney Poitier equation,"or, in other words, the incorrect belief that these successes were anomalies.

But fortunately, debut director and most recent Oscar winner Jordan Peele is having a much different experience than his predecessors. He, in fact, credited the critical and financial success of Get Out to the Black Renaissance, emphasizing that "we're exponentially stronger together than we are separately."

While there's certainly an influx in racially diverse content, the numbers are still staggeringly low. In regards to black directors, they wield only 5.1% of that space according to a study by University of Southern California. That number drops dramatically for women of color whom USC Professor Stacy Smith states are "nearly invisible in the director's chair". For black male and female directors, only one-third work more than once in a 10-year period. Limited by genre, budget, and age, they are simply not awarded the same opportunities as their white, male counterparts and thus fail to attain longevity in the film world.

It's a slow road towards racial and gender parity. Coogler penned an ode to Duvernay describing the impact she has had on him.

Ava is a pioneer. She makes the most distant dreams and ideas a reality. She made a show called "Queen Sugar" and mandated the use of female directors and key creatives a full two years before the great Frances McDormand shared with the world what an inclusion rider was. Ava is inclusion, equity and representation.

This public demonstration of mutual respect and adulation is sweet and also necessary. It signifies a cultural transformation.

They clearly understand that their individual successes lead to a common thread where success will only sustain through solidarity. 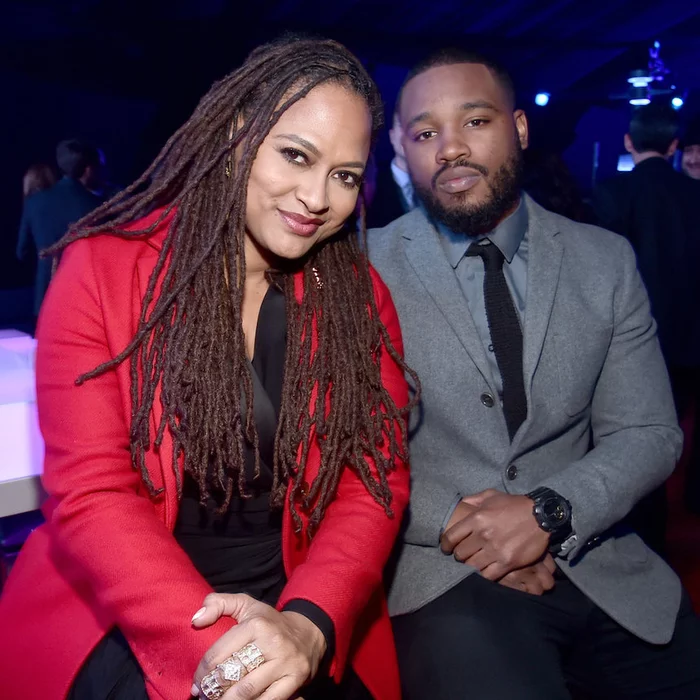 It is statistically implausible that Duvernay would be given a multi-million dollar budget to direct a star-studded cast. Yet, she did so and that fact alone should be lauded. Whether her film grosses more than another is irrelevant.

It's a remarkable win for her either way. And it's a win for all black creatives.

The notion that "there can only be one" is not only antiquated but it stifles the growth of more diverse representation. There's room at the top because there has to be. When there are so few in those spaces to begin with, division is irresponsible.

It's imperative to continue cultivating a community of black artists where everyone has the potential to thrive.

Anndi Jinelle is a part-time creative and full-time corporate cog in the machine living in Brooklyn, NY. This 20-something spends most of her days going from coffee to wine, moving closer to her truth, and watching way more TV than is humanly possible. Catch her on Twitter @seranndipity.