Since the inception of shows like HBO's Insecure and Netflix's Chewing Gum, millennial Black women have sought comic relief from the pressure of simply being us.

As empowering as it is to soak up the fierceness of Olivia Pope and Cookie Lyon, it's hard sometimes to draw a correlation between what being a Black woman looks like and what being a Black woman feels like. We make mistakes, we have weird inside jokes with our friends, we fail at our jobs sometimes, and we struggle with the highs and lows of dating in the age of social-media. We swipe through our timelines and feel that pull in our gut willing us to compare our realities with the posed and poised images of influencers and thought leaders. It's a lot to be a woman in 2018, and the pressure can feel like it's pushing us through the floor.

Thank goodness for creators in media who have used their time and talents to offer a different narrative. For Jessica Washington and Chloe Longchamp, best friends and co-creators of the Instagram series SZNED (pronounced "seasoned"), turning the tables on the common Black narrative was on their mind since graduating from St. John's University together in 2013. "When we met, we bonded over our similar, random and sometimes crass sense of humor, " says Jessica.

They sat with the heaviness of post-college life and that ever-looming question, "What now?" As they settled into their mid-twenties, they found themselves feeling bored and unfulfilled creatively. They wanted to fill their time with something that would keep them busy and make them smile, or even better - laugh. So, they decided to put their college experience, in PR and production respectively, to good use and develop a comedy series.

Their objective was simple: look at daily life for 20-something Black women and find the humor. "We toyed with the idea of creating a full-blown web series," Jessica explains, "One weekend during the fall of 2016, we spent an entire evening brainstorming potential loglines, conceptualizing themes, and developing characters."

But, eventually the pair got so overwhelmed by the idea of how costly production would be that they actually scrapped the entire project. A year later, Chloe raised the idea of creating a smaller-scaled version of their series idea. Instead of full-blown traditional episodes, she suggested developing the series for Instagram and keeping each episode 1-minute each in length. "We revisited our character development notes and re-evaluated the direction of the show, and by the next week, we filmed our first three episodes." 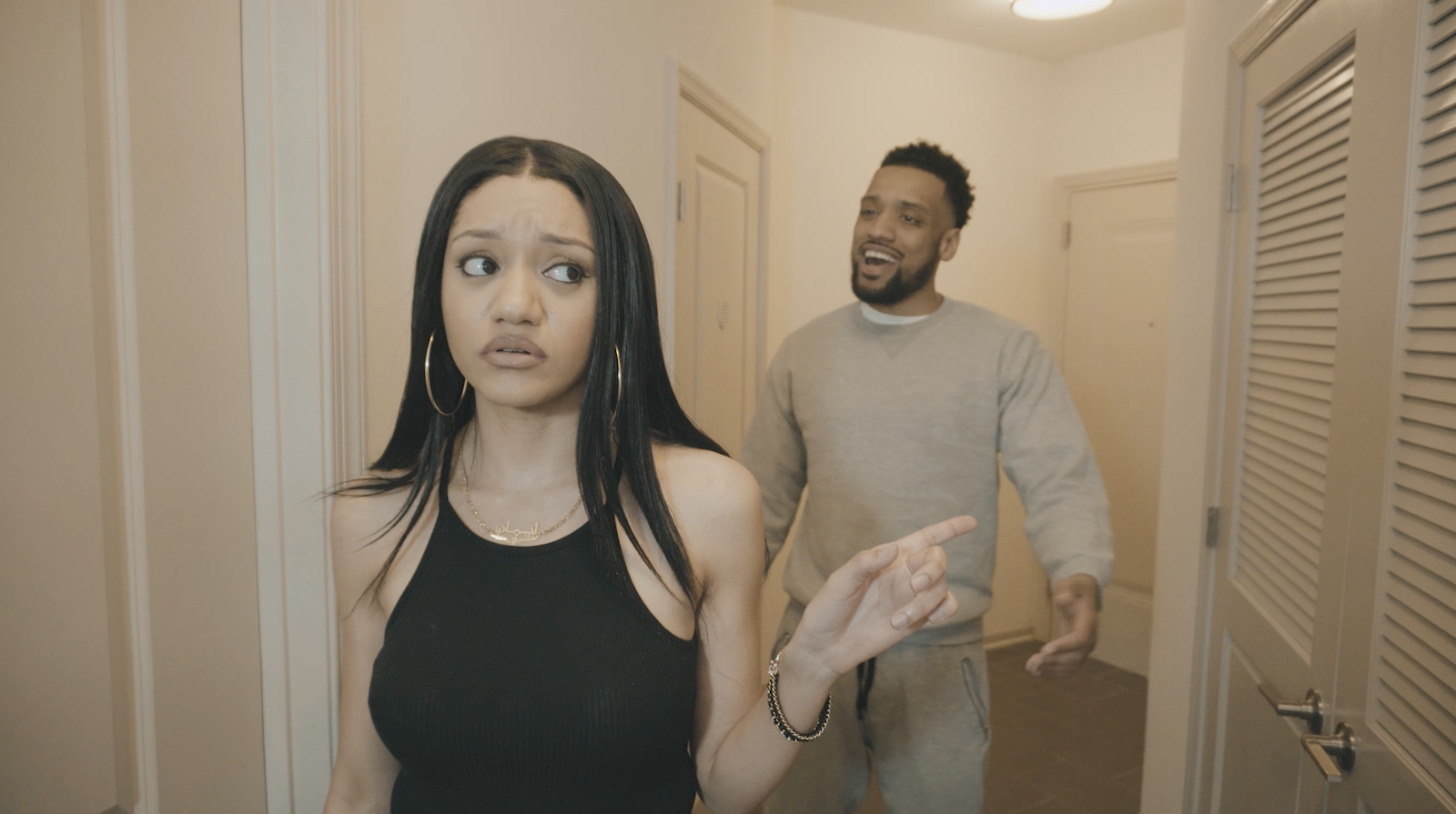 The show's main characters are Jordyn (played by Jessica) and Tori (played by Chloe) and focuses on their daily life as roommates. The juxtaposition of a quirky 60-second comedy existing on a platform like Instagram led the start-up series to finding a faithful audience after just one season. Jessica and Chloe have created a safe and funny space to reflect on the wins and the losses that come with getting your life together, something that can be hard to embrace in a filter-focused society. "While I enjoy seeing all the snatched waists, engagement photos, vacations, babies, and inspirational quotes on my Instagram timeline," Jessica shares, "I have to make sure I know there will be a few good 'lmao' moments coming each time I scroll my feed."

She thanks IG comic queens like B. Simone, Jasmine Luv, and Jess Hilarious for paving the way in bringing situational comedy to social media. Jessica explains, "Its liberating to use Instagram to expose people to more of the identities available to black women than the media shows."

This is a point both women are perfectly aligned on. Co-creator Chloe chimes in with her thoughts on the Instagram effect. "Life isn't about striving to reach perfection. It's about making mistakes and learning lessons from them. Nobody said life would be easy, but it makes it a lot more entertaining when you find humour in your failures."

Not only is the show's content fitting and much needed to change the image of the "unbreakable black woman," but the format is also conscious of the busy lives of its target audience. Jessica and Chloe's limited production budget was a blessing in disguise that led them to a genius 60-second format. We have plenty of bingeworthy long-format shows that suck us into consumption as soon as they are released. SZNED is a quick dose of exactly what we need - a good laugh and some much needed validation. It's stated plainly in the bio of their show page, "1-minute episodes because you ain't got time and neither do we."

Jessica and Chloe have unabashedly tackled topics around sex and dating, career, friendship, and even racism and colorism. One storyline found Tori out to lunch with a local rapper who dropped her mid-date for a woman he assumed was white, touching on the "white is right" mentality that we've all come across at least once while navigating the dating world.

There's the episode where Jordyn's white cousin (by marriage) is introduced and they have a candid conversation about how it feels when white people touch our hair. Tori also struggles with securing a job and being the "broke friend" - something we've all had to go through. While they dabble with some pretty wild storylines, the entire series in many ways reflects the creators' real-life struggles and the process has led to new growth for them both. "My character Jordyn is struggling with weight loss," Jessia says. "This is something that, like my character, I've struggled with for much of my life. To be honest, creating SZNED is helping me with accountability in that area and working toward that goal!"

Chloe has also gone through a transformation behind the creative process. "The series has also given me an immense amount of personal growth. Being an introvert that suffered from social anxiety a few years ago, I could have never imagined posting videos of myself for the whole world to see that showcased my true goofy personality."

Now that Jessica and Chloe have wrapped their first season, gained over 11K followers on their show page, and proven to themselves that they are capable of anything, they set out to drop season two in November. This time taking on new challenges and striving for new heights, their focus remaining still on connecting with an audience that seeks a break from the grind to laugh and reflect for exactly one minute. "The outpour of support that SZNED has received lets us know that our viewers share the exact same sentiments," says Chloe. "I can't even begin to describe the joy that I feel when someone sends us a message saying our videos make their day or that we put a smile on their face."

The overarching takeaway when we see women in media striving to create content that sits just outside of what is "typical" is that they are making strides in how our community is presented and perceived by the world. Humanizing what daily life looks like for us is an absolutely necessary tool in our fight to preserve a seat at all the tables we dare to demand a place at.