The 5 Key Mistakes This Family Made When Moving To Ghana

Like many expats, they saved up money and moved with their faith in tow.

If you frequently read my posts, you know that I am first-in-line-here for Black people, with Black families, being unapologetically and openly Black for the world to see. And a family that wears this cape so beautifully, is none other than the Native Borne Family—expat social influencers, John and Safiyyah Christian and their 5 kids—all embarking on a relocation journey to live their best lives abroad. They encourage holistic living while boastfully being true advocates of down-to-earth lifestyles.

From traveling as a family of seven, to creating and sharing a relocation blueprint, this family is all about helping us find our passions, and showing us that we can live and travel while simultaneously being immersed in them too.

Well, recently, they grabbed my attention by detailing their painfully honest list of key, or what they described as dumb, mistakes made when moving internationally. And with many of us considering moving overseas, this list could be even more valuable to international cautionary tales.

Their mistakes consisted of:

Not Rooting in a Secure Place

Like with any move, but especially internationally, home should be safe—that's a given. Obviously, John and Safiyyah did their due diligence in ensuring their new home was safe, their new residence even had 24/7 security. But as time went on, they learned that their security was too lax and wasn't as thorough as promised. This caused them to be robbed while sleeping one night, all of their belongings being stolen.

They later found out that although Ghana is an overall safe country, known expats and tourists are targeted at a much higher rate than locals.

When the NB fam officially decided to move to Ghana, they were so excited to relocate, that they chose to ship all of their belongings to the country. Beds, mattresses, dishes. Even unnecessary paperwork.

Huge mistake. Why? Because it was expensiiiiiveeeee. They soon found out, that not only are there shipping costs, there's also Customs fees, which they estimated to be about $2,000 USD. Ouch.

Not Having Residual Income

Like many expats, they saved up money and moved with their faith in tow. They had a nice-sized cushion to sustain them for a while, but it dwindled quickly. Their ultimate goal was to always become digital nomads, so that they could travel the world, but they learned that they had to set themselves up properly in order to continue to do so, thus monetizing their journey and providing insight and guidance to those of us interested in doing the same.

Sending Money Ahead Of Time

Prior to arriving, the NB family made connections with locals in the country. They ended up sending money to people that they trusted to secure their home. Once they arrived, communication changed, the story changed, and the place they were supposed to be living in, also changed. They were supposed to save money through this connection, but it ended up costing them more due to..."fees." *side eye*

Like with any country, buying land is a highly in-demand interest across the board. The NB family had many conversations with people who have lived in the country for decades, who all told them to take their time. Unfortunately, they soon learned they were taken advantage of by people whom they trusted. To make a purchase of that caliber, takes time, so their process ended up being quite difficult.

Ultimately, the NB family found their stride and perfected what they sought out to do. In addition to living in Ghana, they frequent various countries, masterfully traveling as only they know how: black and beautiful. 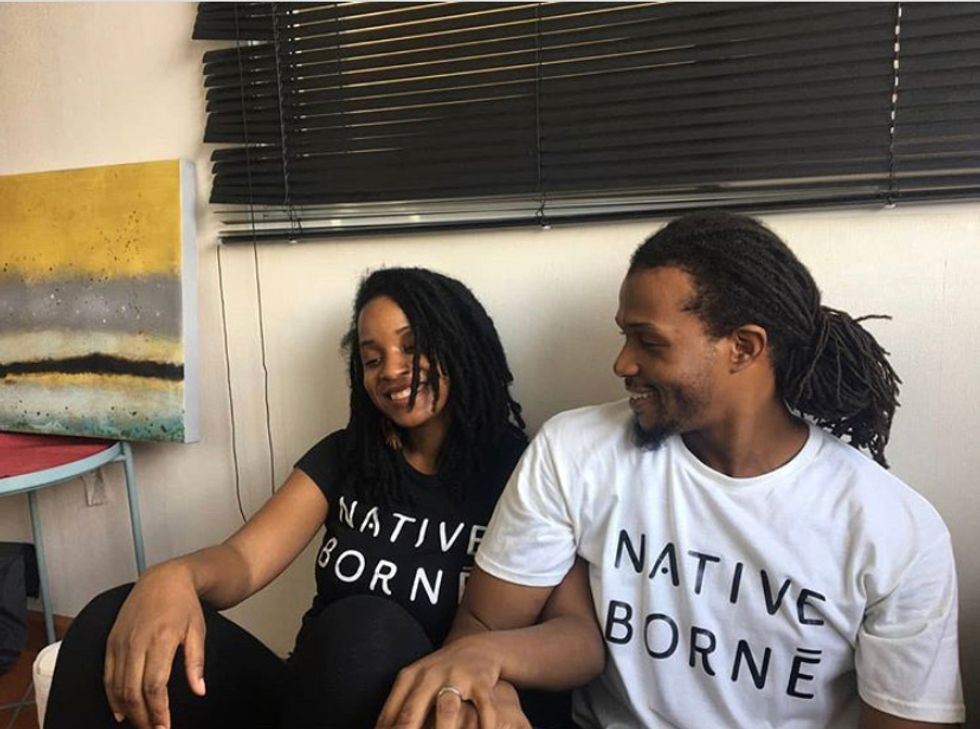 To learn more about the Native Borne Family, visit their YouTube channel here. Also, for anyone interested in their relocation blueprint or current projects, visit their website.

With a YouTube channel that boasts millions of views from her hair and skincare tutorials, beauty influencer Candice Jones knows what it takes to look great on the outside. But when it came to her mental wellbeing, Jones started feeling a disconnect. “Because a lot of the things that I was seeing on social media like: take a bath, pour you some wine,” Jones tells xoNecole about her initial attempts at self-care. “I was doing all of those aesthetic things, but it wasn't making me feel better.”

This month, SZA released the deluxe version of her debut album CTRL in observance of the fifth year anniversary of the album’s release. Featuring previously unreleased tracks, including an alternate version of “Love Galore,” which fans got an opportunity to hear during one of the Grammy-winning singer’s live performances, the revamped collection of songs has given fans a chance to reflect on life when the album first came out vs. now.

Money Talks is an xoNecole series where we talk candidly to real women about how they spend money, their relationship with money, and how they get it.

Full-time content creator Yvette Corinne has made waves in the content creation space. On the outside looking in, while some might feel like you have to have hundreds of thousands of followers in order to make a full-time living as an influencer, Yvette has managed to bring in six figures with a highly engaged Instagram community of more than 24,000 followers. And how did she do it? Well, her journey to wealth wasn't one without struggle. The Los Angeles-based micro-influencer got her start in content creation through blogging in 2016. That would lead to her growing her following on Instagram, which allowed her to balance her part-time retail job with being a part-time content creator.

Taraji P. Henson has been putting work in Hollywood for decades before finally getting her flowers after she landed her most beloved role as Loretha “Cookie” Lyon on Fox’s Empire. Before Empire, however, she starred in the cult classic Baby Boy in 2001, the 2005 film Hustle & Flow, and the 2008 film The Curious Case of Benjamin Button where she claimed she only made $40,000 and starred in many other roles. She has also released her own natural hair care line TPH by Taraji in 2020.

The Dating Trends Defining The Way We Date This Summer

The only thing constant in life is change and if these past couple of years have shown us nothing else, it’s that life be life-ing. Amid the pandemic, we saw (and continue to see) a lot of change in the way we lead our lives. It shifted the way we work, the way we approached our health and lifestyles, and the way we dated. This year is shaping up to display change in a different way, as many of us enter a season of a new normal and adapt to dating trends that better mirror who and how we are today. The weather is heating up and so is the potential for romance, as once again, we are shedding our homebody ways and radiating big “we outside” energy.

Why You Should Stop Caring About Being “Feminine Enough”