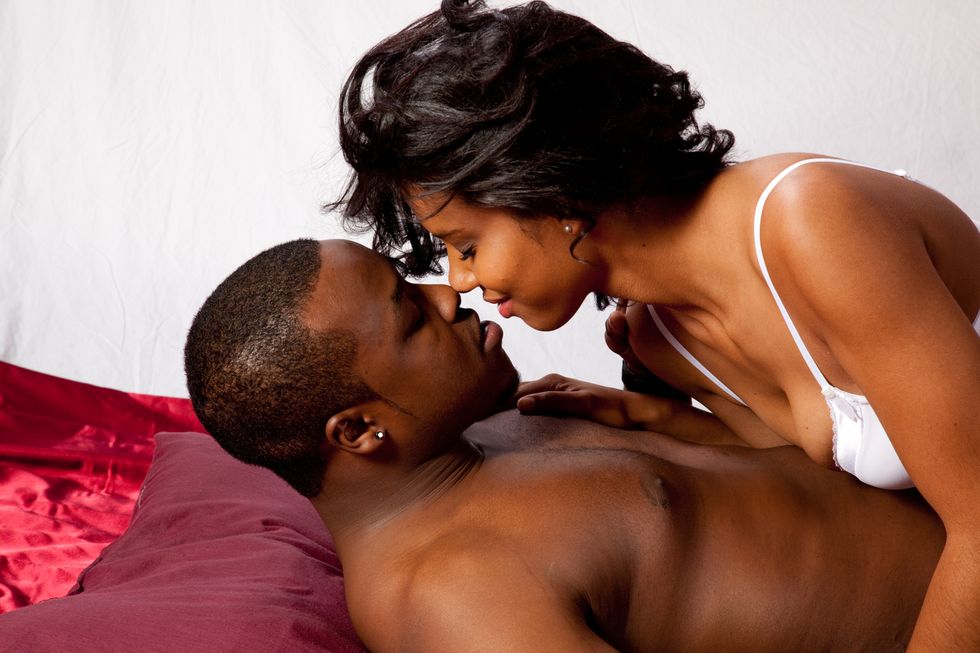 I’ve Been Trying to Be Celibate for Years. This is Attempt Number 329.

I've been “trying" to be celibate for almost 3 years.

I was supposed to be a virgin until I was married, but obviously that plan went left. Honestly, I never thought I would have sex with him, but it just happened, ya know? He was 6'1", dark chocolate, broad shoulders, strong arms, perfect smile…I'm feeling “a type of way" just thinking about him.

But he was an upperclassman and a linebacker on our university's football team, and I was a freshman, but I wasn't stupid. My mama told me, “Boys only want one thing" and I saw plenty of my girlfriends give the cookie to some nappy headed boy, and when he eventually stopped texting back, I had to consult them and say gently, “Girl you ain't need that negativity in your life anyway." Most importantly, I had been in church my whole life, so I knew sex before marriage was **strictly forbidden**.

So even though I dressed up to class every day just in case I might pass him in the hall, and even though we Netflix'd “The Cosby Show" and chilled, and even though we had some pretty intense make-out sessions, he never made it in my pants! (Go me!) He tried it, but I channeled my inner Ciara and declared “If you looking for the goodies, keep on looking 'cus they stay in the jarrrrrr."

Until a year and a half later, when he professed his love for me, and asked me to be his girlfriend. It happened about three weeks into our new relationship. It was a regular night when I found myself under his warm body. I didn't tell him to get off and I didn't tell him to stop, but eventually it was over.

I laid there in shock. I was in disbelief that I just let that happen.

Luckily, the next day was Sunday, so I ran to the house of the Lord to repent. “I'm never having sex again." I honestly meant it, I swear, but no more than three hours after service, I was in his kitchen and we were getting it on next to the refrigerator.

It was like nothing I had experienced before. He made my legs shake, he me made me scream-almost cry-because it was so good. But I still felt bad. I knew I was sinning. I knew God was looking at me and shaking his head, and I tried to stop! I prayed about it, repented 100 times, but the flesh is weak.

As our relationship grew, we only got closer. We talked every day, laughed about everything, held hands in Walmart - all that. He genuinely made me happy. I was my happiest self with him and even happier when he was in me. But I was also sad and guilty.

I just knew God wanted nothing to do with me.

So, I prayed some more: “God take these lustful feelings away from me!" “God get him away from me if he's not good for me!" “Help, please." And yes, I tried breaking up with him, but I loved him so much. We found ourselves back together again.

So, I went back to my bible and 1 Corinthians 7:9 says, “But if they can't control themselves, they should go ahead and marry. It's better to marry than to burn with lust."

So instead of trying to break up, I turned to marriage. I just wanted to make God happy. Hey, sex isn't bad! Sex before marriage is bad! If we were married, people would be telling us to have more sex!

We've been dating almost three years today, and it's pretty much perfect. He's the funniest, most handsome, most caring guy. We go to church together and we pray together and for each other. He wants to be celibate as much as me. One time we were kissing and he said, “Hey, let's stop and pray."

It was cheesy, but I thought it was cute. (He's trying y'all). But sometimes we just lose it. Our bodies call out to each other and we rip each other's clothes off. We melt away into each other. Dripping in sweat. He grips my hands, and I feel him deep inside of my body. I moan his name, and I can't believe I'm even allowed to feel this magical in my human life.

When we make love, I feel so close to him. I feel like I'm exploring the depths of his soul. I wrap my arms around him and tilt my head back, and I want to have his children. I want the love and passion I feel to be manifested into beautiful life. A baby born from this type of lovemaking would be a miracle in itself.

But eventually, after the orgasms and moans, when I'm alone with myself and my thoughts, the guilt floods in again. But I wouldn't feel bad if I was married! Ugh.

But we're moving forward. He proposed on New Year's and I said, “Yes!" But in the meantime, I'm still not married, the sex is still great, and I'm stilltrying to be celibate.