Sisterhood has always been an uplifting relationship to observe.

There is an unspoken language there, a bond like no other. In a sister, you find your best friend, your confidant, and the source of some of life's biggest frustrations all in one. And despite that, you wouldn't trade them for anyone else in the world.

Your sister shares something that is truly unique to your bond.

And even if you aren't born into the bond like so many other sisters, sisterhood can be a kinship that knows no bounds. In some cases, water is thicker than blood and you establish your roots in close friendship circles, adopting women who know you and helped grow you into a sisterhood all your own.

From content creators and influencers, to entrepreneurs and musicians, we spoke with sisters that find strength, empowerment, and success in sticking together, while embracing their differences. Here's what these sisters had to say about their crafts, and more importantly, their love for each other.

Entrepreneur twin sisters Coco and Breezy had to learn how to embrace their uniqueness along their journey as business partners. They own an eponymously named retail eyewear company and are an innovative DJ and producer duo. As twins, they know a thing about being two peas of a pod, while embracing their differences, and how it's transformed their productivity.

"Our sisterhood is unique because not only are we sisters, but we are twins. We are twins that shared a cell phone until we were 19 years old. When we first started our business, we didn't really embrace our differences. Once we figured out our own strengths, it helped us become a lot more productive. We also have a rule and say that there are no feelings in business. We don't allow our personal emotions with each other to affect our business decisions. Being an entrepreneur can also be an emotional rollercoaster," the twins shared with us in a statement. "There have been a lot of up and down times during our journey. Whenever we have any feelings of doubt, our sisterly love always takes over to spread the positive energy."

"Whenever we have any feelings of doubt, our sisterly love always takes over to spread the positive energy."

"I absolutely love and admire Breezy for owning her sexuality and outspokenness. When we were kids — Breezy was the tomboy. I remember the day she wanted to come out to our family and friends that she preferred to date women. I told Breezy, 'if no one accepts you, we can live our lives with each other.' Once she told everyone, she had the best support from our family and friends." - Coco

"Coco is such a very strong woman. She doesn't let anything stop her show, no matter what she is going through. It's been so amazing to see her growth and to be a part of it! I admire her sense for bullshit! Coco does not play, and she is an amazing observer. Whenever we are in meetings or just around new people, she is most likely more quiet than I am because she observes body language. She has saved us from a lot of BS people with that skill!" - Breezy

Social media bloggers and content creators Thaina and Patrice have a sisterly bond that has helped them grow as women and professionally as lifestyle influencers. Though Thaina is older than Patrice, their differences teach them about one another and has contributed to their growing success.

"The older sister is often the one that knows more because she's experienced more time on this earth by default. That isn't our experience. I learn from her as much as she learns from me, so we're friends as much as we're sisters. We share the same interests and share that with the world, together. I believe when people see us they can also see the respect and adoration we have for another, even through photos on the internet."

Patrice adds that their individuality enriches their experience as a team, and that their differences in opinions are distinguished in their style and helps keep their visuals consistent with their shared content. "[We've] learned to develop an understanding and respect for each other's individuality, while also recognizing that our combined attributes are what helps us stand out in a completely transparent way. This has helped us both personally and professionally."

"I think people see her pretty face, love for makeup, and zest for life and underrate her, but those that really know her also Know that she has so many rich and beautiful layers to her. If she lets you in, one thing you'll learn is that Patrice has resilience like no other! She has overcome the type of things that could make someone bitter, yet she always looks for the bright side, keeps it pushing, and actively searches for ways to turn her pain into ways to give. If I had to pick one thing about her that I love most, I think it would be that." - Thaina

"I admire my sister's ability to connect with others. Thaina has always been a woman of impact. Her genuine spirit allows others to feel comfortable and rely on her for personal advice. She advocates for others without the expectancy of anything in return. Since Thaina was a child she always looked for ways to give and it is most admirable that she was able to carry such beautiful trait throughout her adulthood. I love her for it." - Patrice 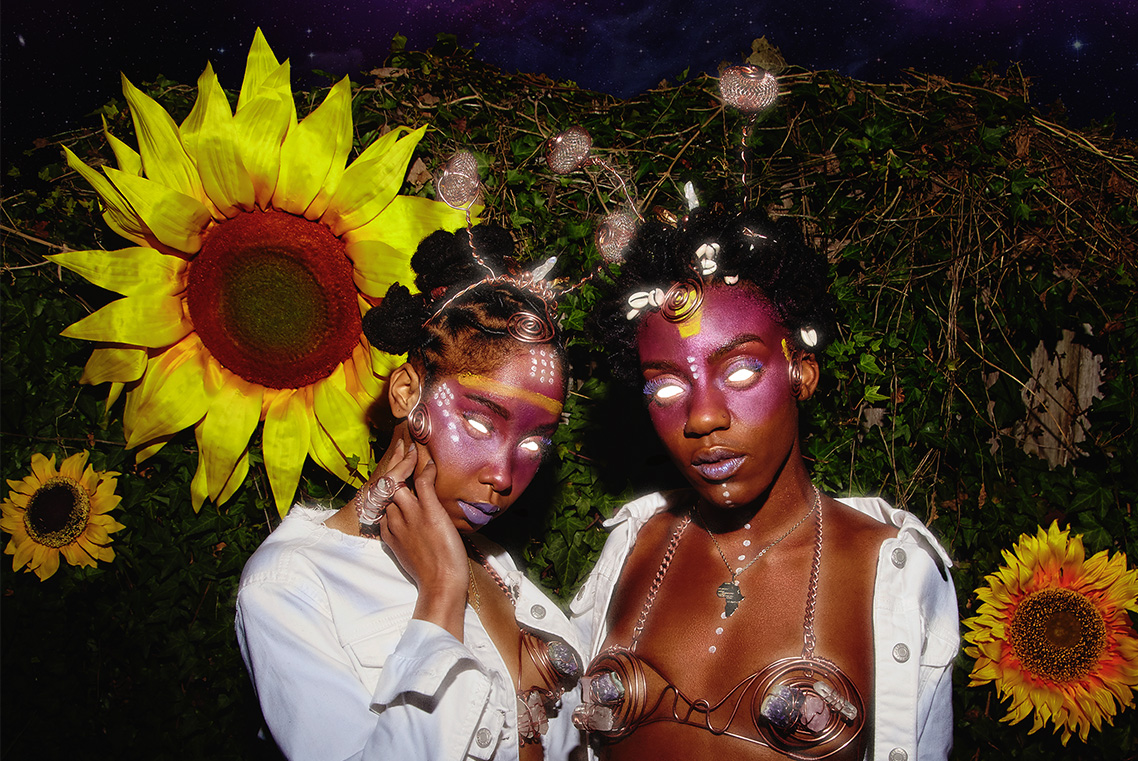 A blood sister bond is a beautifully unique relationship, but having a best friend who might as well have come out of the same womb as you is inspiring too. Case in point, the divine feminine musical duo and soul "sistars" Thandi and Niambi. For OSHUN, sistarhood means to be connected by something that transcends a blood bond. It means that you are linked by the soul.

As a neo-soul hip hop group named after the Yoruba goddess, OSHUN douses the world in black girl magic, preaching a message of spirituality, love, and peace while doing so. Together OSHUN have birthed tracks such as 2014's "Stuck" and 2017's "Not My President." Most recently, they've released Bittersweet, Vol. 1. "Our sistarhood supports us as women and artists. It allows us to nurture ourselves, nourish ourselves, and nourish the world. It allows us to grow, to evolve, and to be supported in that evolution because we have each other's backs. We constantly affirm and reflect each other, which reminds us to respect ourselves and the divine feminine in every form. We're super blessed to have this bond."

When it comes to making professional decisions, OSHUN uses their differences and respect for one another to strengthen their bond in sisterhood and professionally. "Every decision we make, we make together. We move as a unit and it requires us to really master our communication as sistars. Because we're so close, we have to handle our professional choices with care because they impact both of us, not just one or the other. That's on a business tip, financial tip, and even sometimes emotionally. We make our decisions with a lot of respect for each other and we're constantly thinking about one another when making choices."

"We move as a unit and it requires us to really master our communication as sistars." 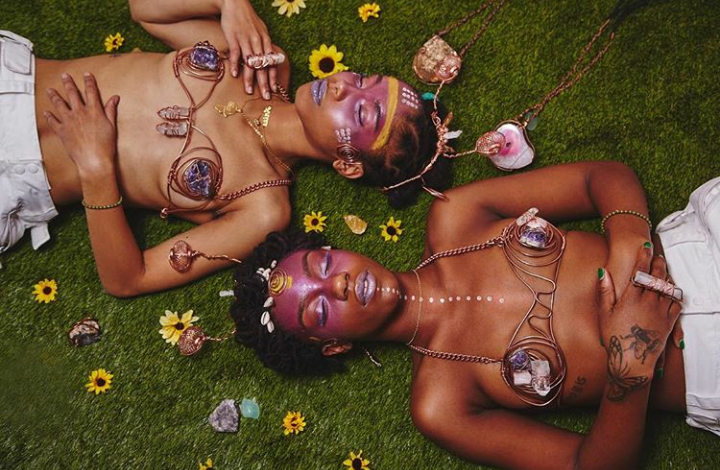 "I love and admire how Niambi is able to visualize so far ahead in her path. She can see the future so well, and that allows her to plan in advance like a true boss. She knows what obstacles to avoid before they even present themselves. Her vision is so clear." - Thandi

"I love and admire Thandi's drive. Once she makes up her mind about something, she's motivated to make it happen. She wakes up each day with purpose, and she carries that energy into every space she enters. It's refreshing and reaffirming." - Niambi

Who's the Solange to your Beyonce in life, and what do you love about her? Let us know in the comments down below.

Fontaine Felisha Foxworth is a writer and creative entrepreneur from Brooklyn New York. She is currently on the West Coast working on creating a TV Pilot called "Finding Fontaine", that details the nomadic journey of her life so far. Keep up with her shenanigans @famoustaine on IG.