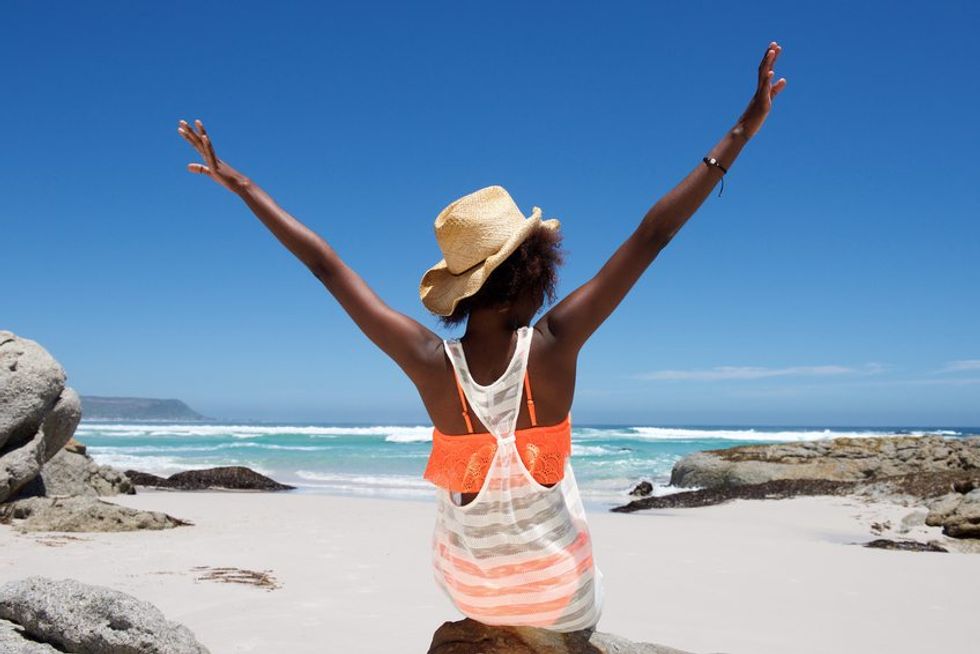 The Top 5 Black Friendly European Cities You Should Travel To

These 5 cities in Europe are the top cities for black people wanting to travel. If not in the US, these are cities where we matter.

While I'm not here to write a think-piece on a few recent events affecting the black community in America, I'm fully aware of the frustration, disgust, and utter numbness that's getting harder to suppress by my fellow African-Americans when these events make international news.

But it's extremely important for us to not only bind together in peace, but to also do what's necessary to decompress and take a break from the madness if we find it to be consuming the better part of us.

We could argue back and forth about this or we could take a break from the exhaustion of tip-toeing around people's fears for our skin color in a country we helped build, and just go somewhere where we're tolerated instead.

Last year, even our beloved Bahamas, of which 90% of the population is black, issued a travel warning for those wanting to visit the U.S. soon. Not the first time either. A sign of the times.

Although travel is an absolute privilege for so many, I want to encourage my fellow black Americans who've had their passport in hand just waiting for the opportune moment to take off temporarily, that the time is now.

While I'd love to include other continents in the mix, Europe is the one I've spent the last three years exploring the most. So it's currently the only continent I can confidently offer suggestions for cities that not only welcome black skin color, but celebrate it as well.

So without further adieu, here are my top five European city recommendations for travel when enough is enough:

Not only will they feel comfortable opening up to you about their life stories within seconds, but they'll invite you for a beer, banter about how much they hate England (haha, sorry Brits), and find a way to make light of any negative situation.

Collectively, they have some of the best senses of humor and while you'll only catch every third word or so due to their accents (God bless it), their charm, welcoming spirits, and laid back personalities are those of the exact type of people you need in your life.

Just don't go in the winter. Because hashtag, brutal.

Berlin is jokingly known as the “poor but sexy" cousin to Munich, but is always a millennial favorite for digital nomads, gap year students, and others just in between jobs and taking time off to travel.

Germany is a pretty liberal country in general, and whether it's the crazy house parties, the endless selection of cuisines, nudist parks, or the hipster vibe dripping throughout the streets, it's a city that has something for everybody.

It's got an amazing international community, so you'll be bumping elbows with people from all walks of life on a nightly basis.

It's also goes without saying that due to the dark Nazi history of Germany, they really have no room to repeat or harbor negativity towards other cultures, and it seems like they make a deliberate effort not to do so.

Nice, which sits cozily along the French Riviera, is one of the most colorful, vivacious, and diverse cities in France.

You're in a melting pot of cultures from around the world, which again means incredibly varied cuisines, and not to mention one of the most beautiful and unique architectural layouts in Europe, because of its mixed Italian and French influence in the past.

Nice is a city I'm always happy to go back to, and if you're traveling for a longer period of time and you're short on black hair care products, you'll have no problem finding everything you need to re-stock up on here.

I don't know what took me so long to discover Poland, but I finally did (thanks, Busabout!) and loved every single minute.

Not only do the Polish people stop and smile at you as you pass them on the street, but you can can feel their warmth and genuine appreciation for you being there by their expressions.

Though the basic words of the Polish language are a challenge to master, they'll smile at your attempts and will meet you more than halfway with their very high levels of English.

I mentioned it to a couple Aussies how cute it was when elderly people would see me, do a double-take, and look so amazed. And almost on cue, a lady passed by and did exactly what I described, and my Aussie friend couldn't stop laughing about it.

A Polish friend told me the other day that she'd only met two black people in her life growing up, but assured me that I wouldn't ever have a problem with not feeling welcomed, and she was right.

Everywhere I went, every restaurant I walked into alone, all eyes were on me.

But not in a terrifying way, but more so a "Wow, how cool to have a black person in our presence!" kind of way. And it's both awesome and hilarious, and I think every black person needs to experience this and be spoiled forever, lol.

While on a bike tour, our Polish guide ended his spiel with a very resounding speech about how much the Jewish community influenced the current state of Krakow, and how he's so excited about the potential of the city and welcomes all other cultures to continue coming and contributing to what makes Krakow so great. I was greatly moved by his words.

Budva is a city that's on the extreme end of how much black skin can be appreciated abroad -- but not as extreme as Italy, which you could read exactly what I'm talking about here, LOL.

But in Budva, you're not only welcomed, you're practically celebrated, as you're viewed as a celebrity as one restaurant owner confessed they get roughly two black tourists a year, and I'm sure that's an overstatement, ha.

As you're casually mistaken for a famous black celebrity or actress constantly, restaurant owners will invite you to try their main dishes, bar owners will spoil you with drinks on the house, and private beach clubs will let you lounge on their property for as long you'd like.

The red carpet is truly laid out and whether I was accepting rides on luxury yachts or signing Serena Williams' autograph by the beach (true story, he was a kid and I couldn't say no while his parents were watching), then your days are made quite nicely.

In Montenegro, they treat you like royalty, and got damn it, you are. You're magical, divine, and every bit worthy of being appreciated and not judged prematurely as a threat.

[Tweet "Black people, you are... worthy, divine, appreciated, and more."]

While these experiences will come with its fair share of people asking for selfies, understand that it'll still be far more enjoyable, because they're people who feel honored by your existence, not threatened by it.

And that makes the world of a difference.

Hey 15 minutes of fame, I see you! #MilkinIt

While I have two younger, but grown brothers back home, and a future family to raise one day, the idea of permanently living abroad is sounding more and more likely.

So I'll continue scouting as many black-friendly cities around the world as possible, and to the black community back in America, stay strong, stay safe, and stay ready to move, because sometimes, enough is enough.

Black friends, see you on the other side -- where we matter, and stuff ;)

Julien and Kiersten Saunders met in 2012 while working for the same company and they quickly fell for one another. However, their whirlwind romance was cut short following an extravagant vacation. When they got home from Panama, reality set in, and they were forced to have a tough conversation about money after they both had different opinions on recouping the money spent on the vacation.

So you’re thinking about becoming a dog mom? We love that for you! Having a happy, furry friend to greet you at the door each day, cuddle up on the couch with, and keep you in touch with the great outdoors is one of life’s greatest joys. And that’s before we get into all the cute puppy outfits there are to buy! But there are some key and non-negotiable things to know and consider before saying yes to bringing home a fur baby.

December is a powerful month for the world and a month where love, power, and connection are all coming together as one. With the Astrological transits that are happening this month, true gifts are appearing to tap in to, and the possibilities are truly endless right now. Sagittarius Season is always a time when there is more hope and excitement in the air, and December is no different. There are a lot of opportunities this month if you open your heart to receiving them.

If you’ve recently heard the loud sobbing of women across social media, you can thank Netflix’s new romantic drama From Scratch for that. The series, based loosely on the memoir of the same name, which was written by Tembi Locke, centers on the story of a Black woman named Amy (Zoe Saldaña) who leaves behind her life and budding law career to move to Italy to study art. While there, she meets a local professional chef named Lino, and the two begin a romance that brings together two different cultures.

How To Answer Tough (But Common) Job Interview Questions