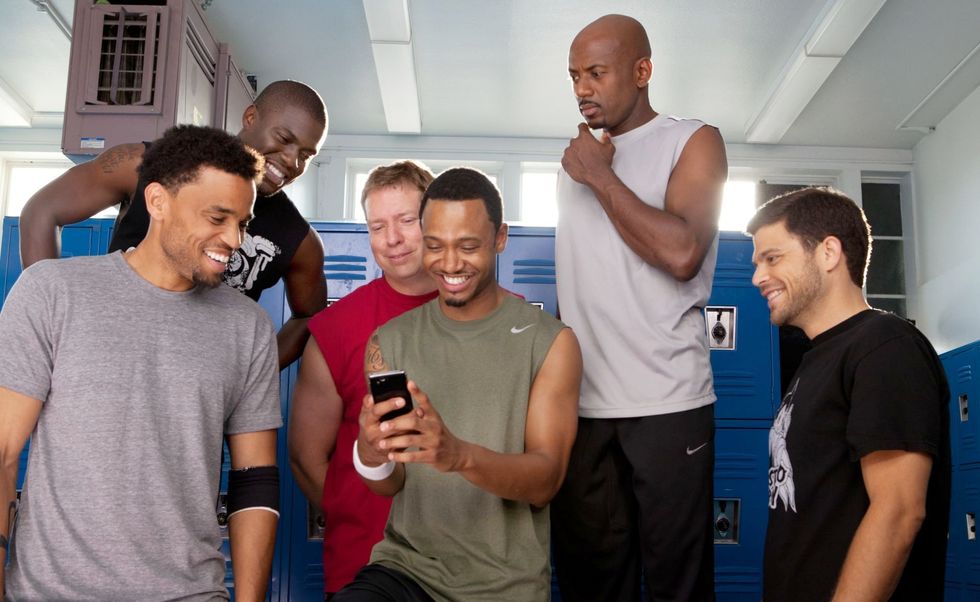 As women we’re told to run from emotionally unavailable men. And as a woman who was burned twice by their type, I definitely learned how...

Emotional unavailability is a label we assign to men who shy away from commitment.

These men partake in the conventional song and dance of most relationships: the good morning text, the occasional outing aptly titled as a “date", the late night calls where they offer an ear to the women they're involved with – because let's face it, they are involved.

For all intents and purposes, it is a relationship.

But you also aren't.

Seemingly Emotionally Available Man might interject the easy flow of your first date getting-to-know you conversation or third date connection-fueled banter with the conflicting reality of where he is in his life at the moment. There is where he reveals to you, “I'm not ready for a relationship" or other language that paints a similar portrait of lack his of readiness. To which you think to yourself, “Well, why the hell did this dude present himself to me as if he wanted to pursue something with me?"

You don't want to retreat from him based on his status of emotional unavailability.

Why isn't he available?

I don't believe emotional unavailability is a one size fits all phase of life. I think it involves circumstances and limitations that differ from man to man, and I don't believe it's necessarily the demise of a relationship.

As women, we're told to run from emotionally unavailable men.

And as a woman who was burned twice by their type, I definitely learned how to run. But when I encountered an exception to that rule, I began to wonder how true this emotional unavailable stigma we place on millennial men of today's dating age really was, especially if they continue to try to date.

Is it them having their cake and eating it too?

Or is it trying to make a conscious effort to become available?

I asked three guys about their experiences with dating during periods of emotional unavailability and here is what they revealed:

What does it mean when a man is emotionally unavailable?

Richard: Whenever I've been emotionally unavailable, it was because I was not where I wanted to be in my life. It's usually during times where I am focused to the point of having blinders on. I am trying to get my degree, I'm trying to get a better job, I might have been unemployed at the time, in search of a good job. I might have not had a car. There are a lot of things that can make me feel less of a man.

Will you commit to a woman when emotionally unavailable?

Richard: Definitely. I try not to date until I'm in a good place in my life, but I still might see women for other things (laughs). I can't commit to people when I don't feel like I'm bringing my best self to the relationship.

Jason: Yes and no. There have been one or two times in the past where I committed to a woman. I wasn't completely in the relationship, but I wasn't out of it. I was focused on her and only her. I was getting there. She left me though, got tired of my “games". Now, I don't bother to make the attempt to be available, so now it does stop me from committing.

Karem: No. I've had girlfriends and was very committed to them in those monogamous relationships. Because it's how I've always been, I can separate not feeling ready to be open with my emotions from committing to one person.

What does commitment look like when you are emotionally available?

Richard: I think commitment takes a certain level of emotion. So if I'm not available to you emotionally, it's not a commitment in the least. I'm not open to receiving what you have to give nor am I open to giving it. When I'm emotionally available, I'm committed. I make an effort towards you whether it be romantic dates, carving out time for you every day in some form or other, fulfilling your emotional needs – doing more than just fucking you.

Jason: When I am emotionally available, I feel that I am different. I don't always say that I'm different but I expect the woman that I am dealing with to appreciate my efforts and attempts to be close. I don't want to have to say “I love you" as much as I want her to understand my actions say that. When I'm emotionally unavailable, I don't care about any of that. I'm in the situation for myself, whether it be for companionship at an event or in my bed at night.

Karem: For me, I don't think there's any major difference. If I am committed to you, I am committed to you. My last girlfriend and I were together for 2 years and I wasn't emotionally available at all until two months before we broke up. I was on the phone with her and just felt the sense of relief. Like wow, I am myself with this person. So up until that point, maybe even in the future, commitment has been the same to me either way.

Richard: I think women assume the role of being the more emotional one out of the two of us. Not to say that men aren't emotional, because I am very emotional, but I find myself not equipped to deal and I run away. I'm afraid of them sometimes. I don't think women look at their emotions quite like that. I think readiness differs between us because in situations where I'd run, she stays and endures.

I don't want to approach anything half-assed and I think if I'm not where I want to be, I'm not ready.

Thinking about a relationship before that is out of the question for me, but a woman, I think she sees a challenge and is willing to battle the odds.

Jason: The difference in our readiness or our levels of commitment is portrayed by the difference in how our life cycles work. Men have the ability to have romance for a longer time. The older men get, the more women want you so we have more options and they get younger and they get finer.

Karem: I think it's more based on the commonalities of your gender roles. A woman might know at the age of 9 that she wants to be married. Guys don't realize they have to get married until they are 19 or 20. A woman might have a 10 or 11 year advantage with how they feel about significant life moments and how they deal with those feelings. I'm still 10 or 11 years behind you.

Is there anything that would make you become emotionally available?

Richard: I make the choice to become available in my dealings with women. I either put myself out there as someone who is available and ready to be open to a relationship, or the woman I've encountered forces me to step up out of fear of losing her.

Jason: I'm not sure. (Laughs) I've never thought about that. Maybe meeting someone that challenges my perception of the world? Maybe when I'm over this ride. Until then, I ain't about that life.

Karem: With my ex, I learned that it takes me being truly comfortable enough to feel like myself. I don't think it even registered to me as a conscious choice. It just happened.

Have you ever dated someone who was emotionally unavailable? Did you continue to date them or did you walk away?

The first time I thought about how art could be a form of community building was with HBO’s Insecure. The dearly departed comedy series created and starring Issa Rae provided audiences with more than just weekly laughs over the course of five years, but it also created space for other Black artists and entrepreneurs to thrive-- from all the Black businesses that the show has collaborated with to the Black music artists that the show has put audiences onto. It even created opportunities within entertainment journalism for many up and coming Black journalists who got their start by reviewing the show or hosting after shows unpacking the mess that went on in the episode.

Entergalactic actress Laura Harrier’s career continues to expand as she lands big-name projects that show her range. You may know her from Spider-Man: Homecoming and Spider-Man: Far From Home, but her latest roles can put her on track to becoming a household name. Currently, she is starring in Hulu’s Mike Tyson biopic series Mike as Robin Givens and she will also be featured in the White Men Can’t Jump reboot.