More Than A Network: How WEEN Is Cultivating The Next Generation Of Girl Bosses In Entertainment

WEEN is continuing to empower and support women in the entertainment industry, and is cultivating the next generation of women bosses!

When you are seeking a job in entertainment, it can be hard to build your network and get your foot in the door. Luckily, there are organizations such as WEEN that makes things just a little easier.

I first heard about  WEEN (Women In Entertainment Empowerment Network) back in 2009 as a sophomore student at Howard University. True to the Howard stereotype I was a woman on my grind and unwilling to stop at nothing to make my dreams a reality. I knew I wanted to work in the entertainment business (at the time I was more focused on marketing than journalism), and became actively involved on our campus in entertainment organizations as a volunteer for the Homecoming committee, and the campus radio station WHBC, in addition to a bunch of other initiatives that I had my hand in.

But one thing I knew even then was the importance of having a solid support system of likeminded women. Anybody whose dabbled in entertainment knows that it’s a tough industry to navigate. It’ll test your strength, your perseverance, and your dedication. You'll find out if you’re really as much of a go-getter as you claim to be, and you’ll learn how much integrity and morals you really have. With so many challenges it becomes vital to have a group of women you can turn to when you need a bit of advice regarding your career, or even just an opinion on navigating the various circumstances that you’ll surely be presented with.

So when I learned about WEEN, their network of women in entertainment and their mission to empower women and highlight those who positively portray women in the industry, I was elated. That year they were doing a scholarship fund, and I, along with one other scholarship recipient, submitted a video detailing why we deserved the award. Out of many applicants we were selected and invited to attend the WEEN Awards that took place in Washington, D.C. To say that it was an experience of a lifetime would be an understatement. As a girl coming from Daytona Beach, FL by way of Greensboro, NC, it was an honor to walk around a room (and rooftop) of people that I had always looked up to and admired. I shook hands with Debra Lee, snapped photos with Angie Martinez and Malinda Williams, joked around with Vivica A. Fox, and Shanti Das, and semi-stalked MC Lyte for a photo before the night ended. (Yes I was stanning, no I’m not ashamed!)

I graced the stage to accept my award in front of a room full of women (and men as well) whom I’ve watched and admired, and over the years ran into many of these people again throughout my various jobs and internships. And though they probably don’t remember me, I remember them and those few hours when I felt the warmth of their support amongst one another.

It’s amazing to witness the growth and success of such a powerful organization that builds you up while allowing you to build your network, and is proof that we are stronger together as women supporting one another, than we are apart tearing one another down.

Following the event, I spoke with co-founder Valeisha Butterfield, and she gave me a little more insight into the WEEN movement and the WEEN Academy, which is cultivating the next generation of women bosses.

What’s different about the WEEN Awards now than the prior years?

It was our 5th annual so we were really excited about that so not only to highlight the achievement of our honorees but in our 5th year having the awards and our 8th year of service since we were founded in 2007, it really was a celebration of the honorees, the organization, and most importantly the WEEN Academy graduates. and so you know it really was a celebration of all those things and it was exciting to really watch some of our academy grads and see their accomplishments and how they’ve grown over the years.

You guys also do the WEEN Academy, which is a free four-week crash course in the entertainment business with classes taught by leading celebrities and entertainment industry executives. Can you talk more about that and how you’ve seen it impact the young women?

It’s an annual summer program, but members from all four of our classes came back this year to celebrate, and so it was really like a class reunion for a lot of them. So many of them now are working mid-level and senior-level jobs at places like BET, VH1 and radio network stations--and the list goes on and on. Many of them are doing well now.

What is the training that the students have to go through during the summer course?

The program has a curriculum that we created with Dr. Nsenga Burton, and that curriculum is focused on how to help women compete and navigate the entertainment industry. So we cover areas such as marketing, public relations, advertising and talent management. The list goes on and on of all the things in that curriculum. And when the students complete the program, they not only receive WEEN certification, but they are groomed and ready to take on their new roles in the entertainment industry whether it’s as an intern or an entry level job.

Editor's note: At the completion of the program, top WEEN Academy students receive an official WEEN certification,  a WEEN mentor for twelve months to support the graduate’s progress post program, and access to internships in the entertainment business.

How do you go about selecting the students?

No experience is required, but every March (Women's History Month) we have an open audition where young ladies (college students form 18 - 22-years-old), sometimes thousands, come from all over the country to compete for 30 slots in the academy. The young women come in and we have a celebrity panel of judges (think like American Idol), and the judges listen to their business pitch for 60 seconds on why they should be inducted into the academy. Again, they do not have to have entertainment experience, but they do have to have passion, drive, and a hunger to succeed because the academy is extremely intense, just like the entertainment industry is.

You also have the mentors involved too, right?

Yes, every WEEN Academy graduate is assigned a mentor for one full year after the program. Those mentors are there to answer the questions and to help them navigate the steps they’ll need after the academy to get their first job.

This year you also honored women who aren’t in entertainment, but are also making great contributions to the community (e.g. Marilyn Mosby). How did you select this year's nominees?

We have a small board that helps with the nominations, so the ladies nominate the honorees of their choice based on their work to empower other women, their track record, their consistency, and there’s a formula that they use for all of those things. There’s a nomination process and then we vote as a board and as a committee. We had seven honorees this year, and all were selected, nominated, and voted on by the board of the committee.

Is there a certain criteria that they have to meet in order to be nominated?

Yes, but within that category. For example, Tiffany Smith Anoa’i (SVP of Diversity & Communications, CBS Entertainment), she accepted the Corporate Leadership Award. Also Regina Hall received the Image Award because of her positive portrayal in television and film and on screen. And so there are categories that went to each of the ladies that were honored, and it was definitely based on their track record and their accomplishments over the last year.

What’s next for WEEN?

Of course the WEEN Academy we will have again this year; we’re hoping to expand it into new markets. Also, we’re rolling out a college campus program throughout the country to serve as WEEN reps, and ultimately the goal there is to create chapters on college campuses, so we’re starting with the reps this year with the goal of having small campus teams. Also, we will be releasing our first annual WEEN Power 100 list to highlight women and the unsung heroes in the entertainment industry and beyond who deserve the recognition and the work they do in their areas of business and for their work to empower women. So those are a hosts of things we are doing right now.

What does being a WEEN woman mean to you?

A WEEN woman means that you are fearless—you take life as it comes. You do it fearlessly, with integrity, and most importantly you’re willing to do the work.

Find out more about WEEN by visiting their website WEENonline.org 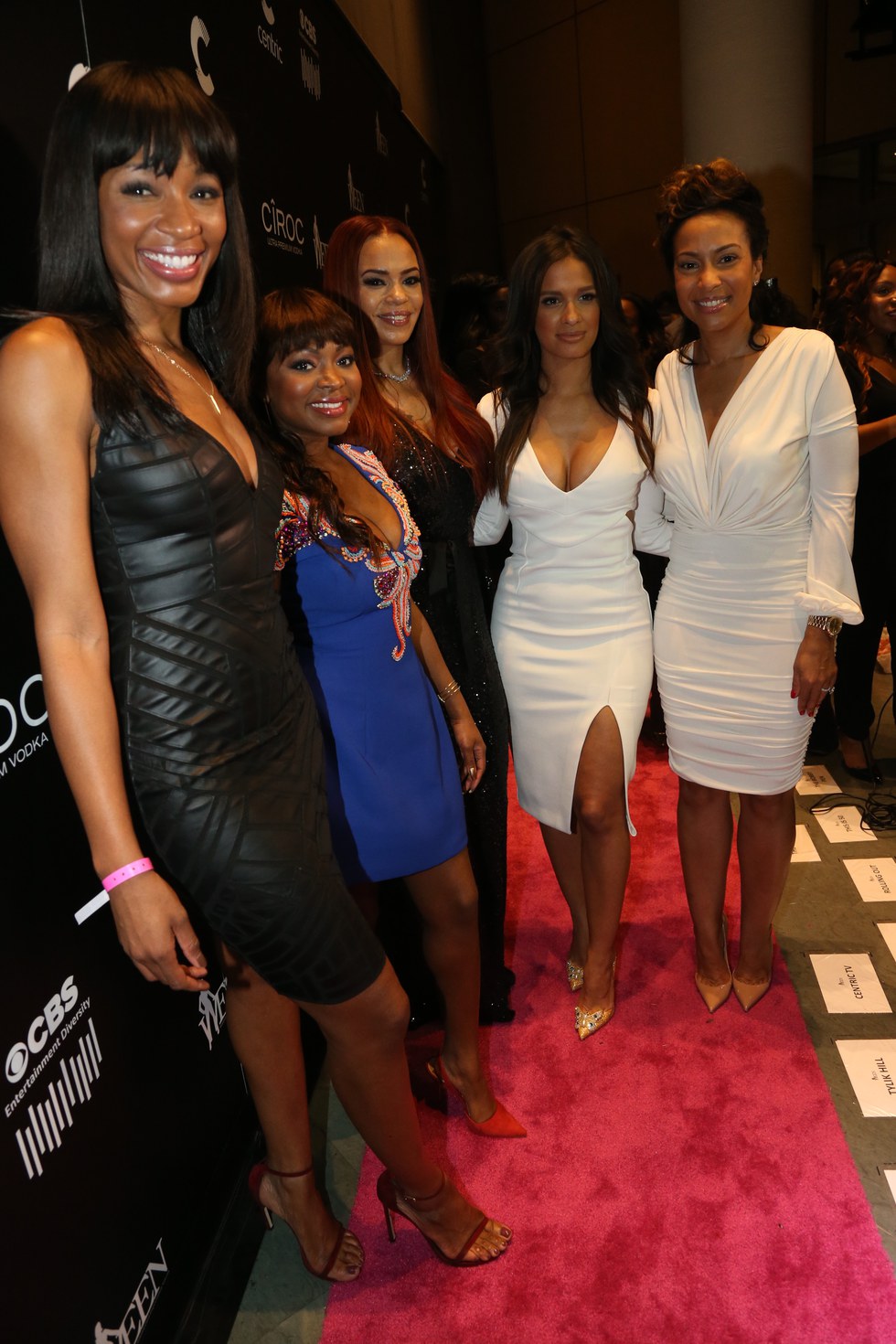 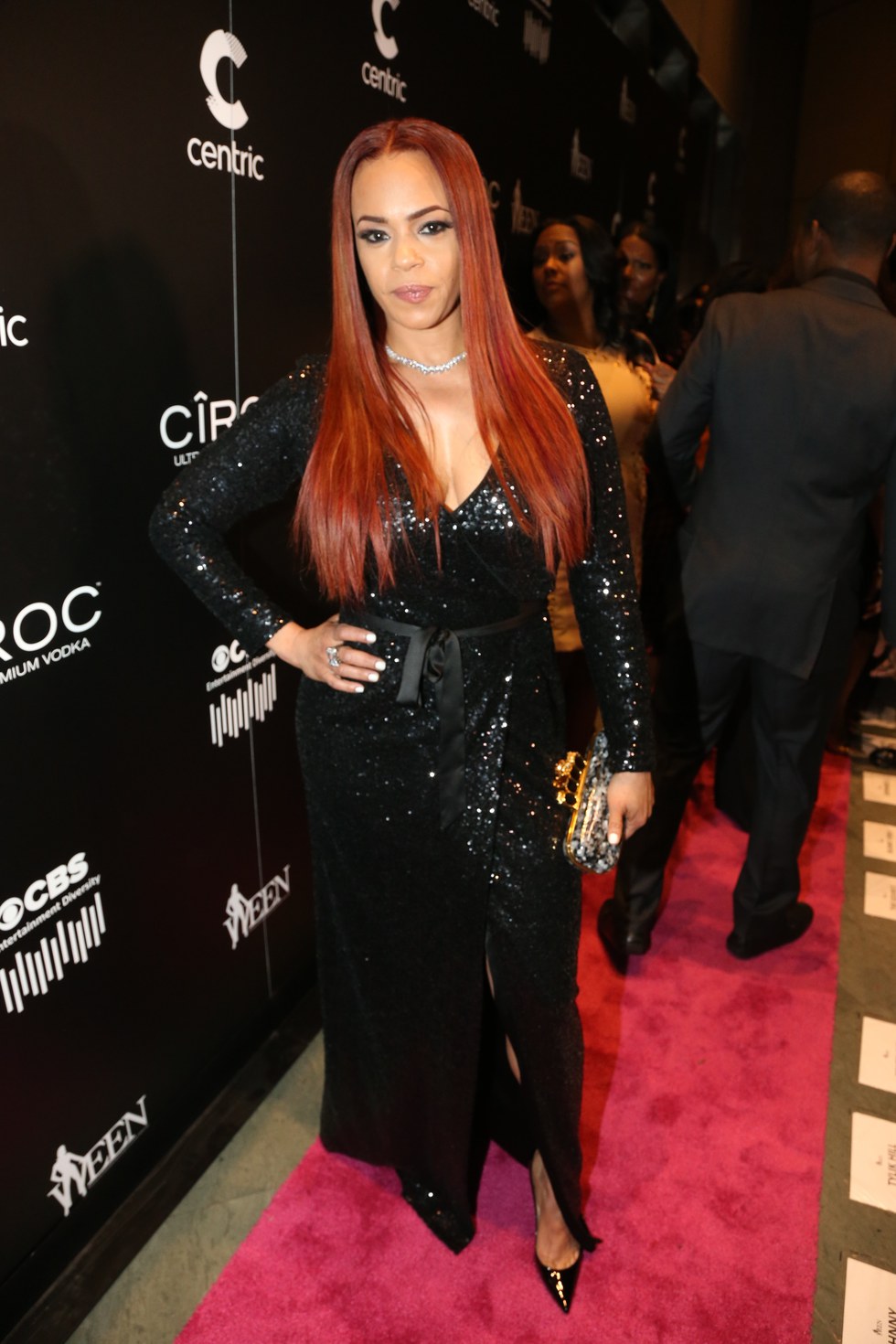 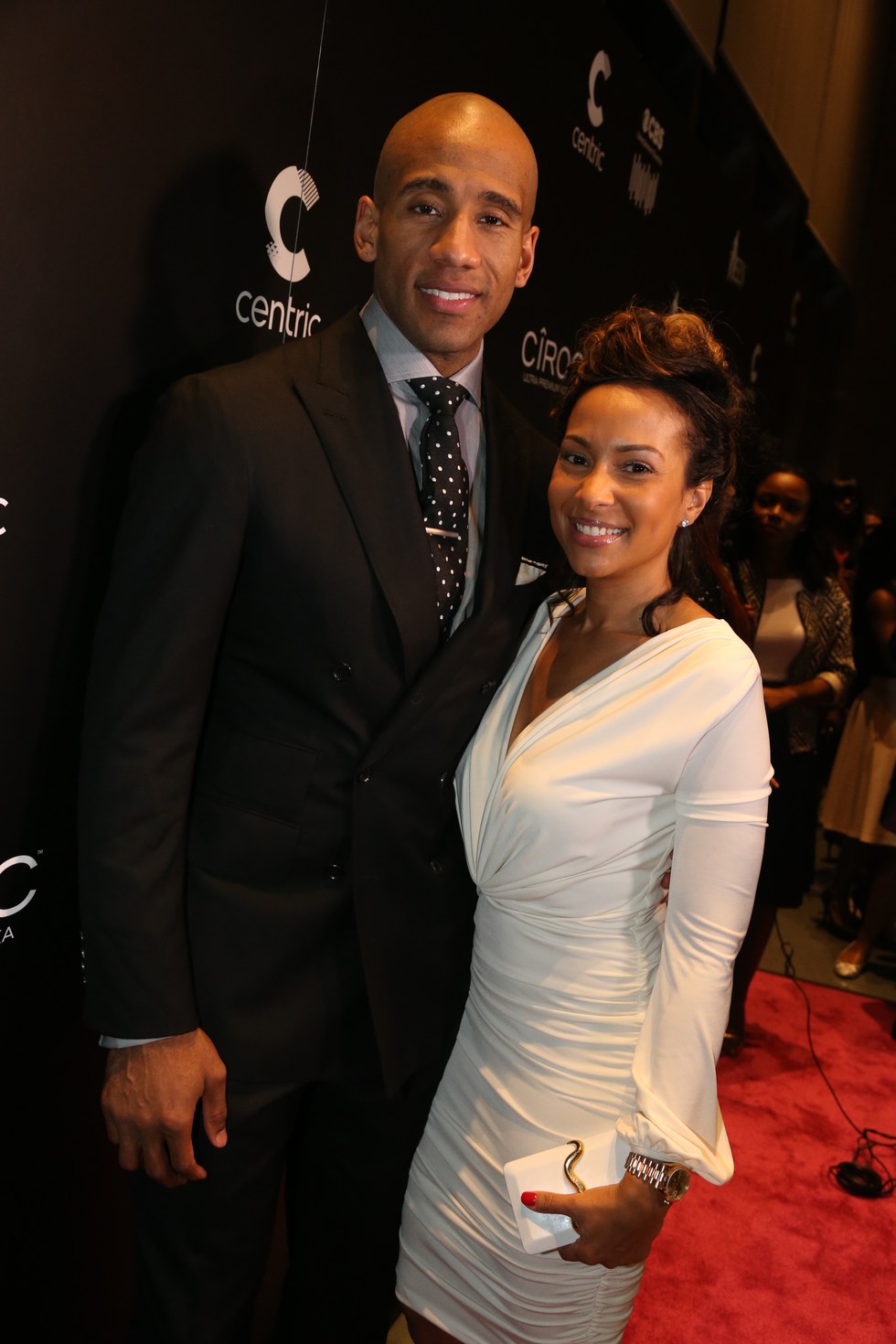 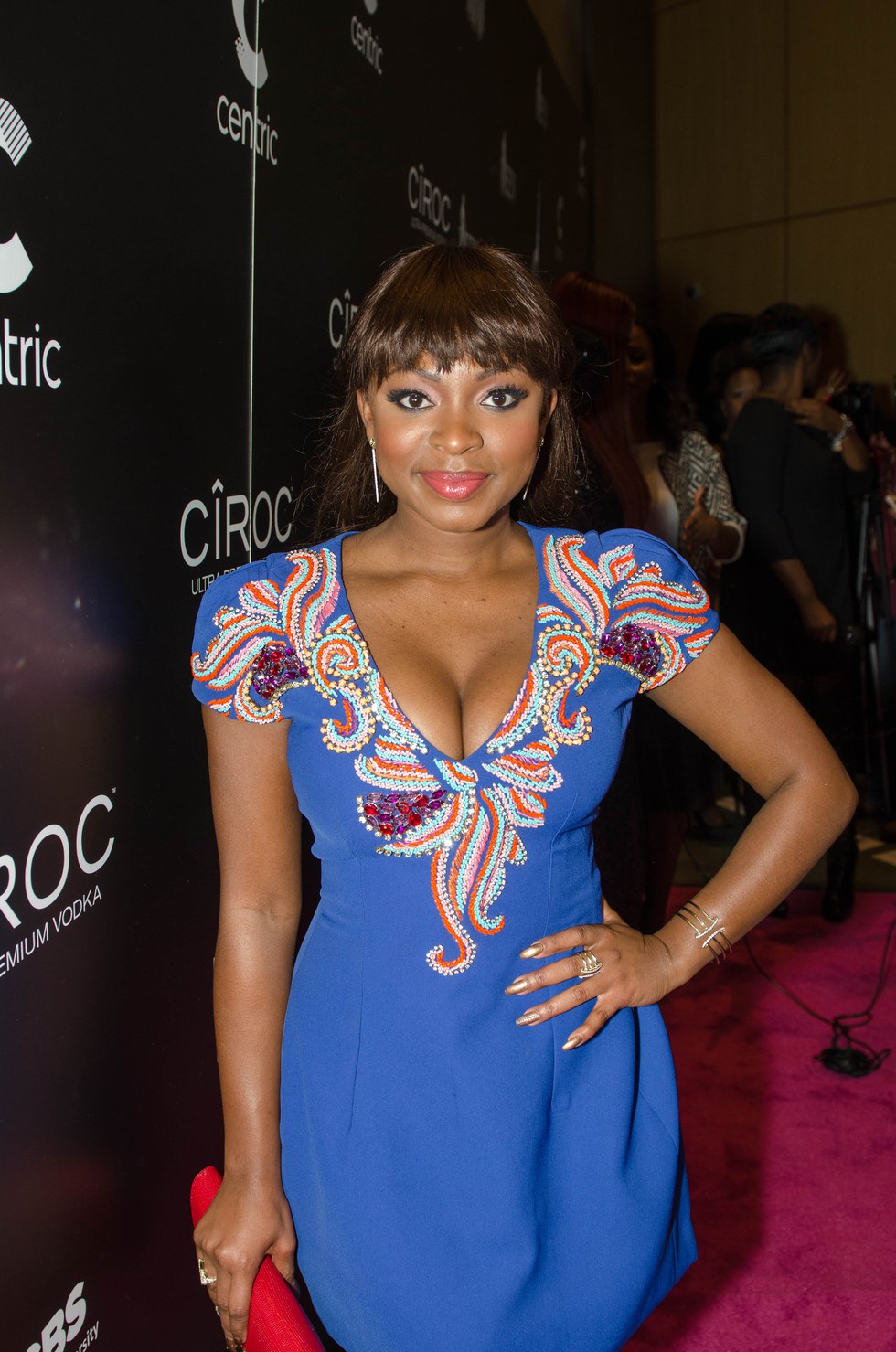 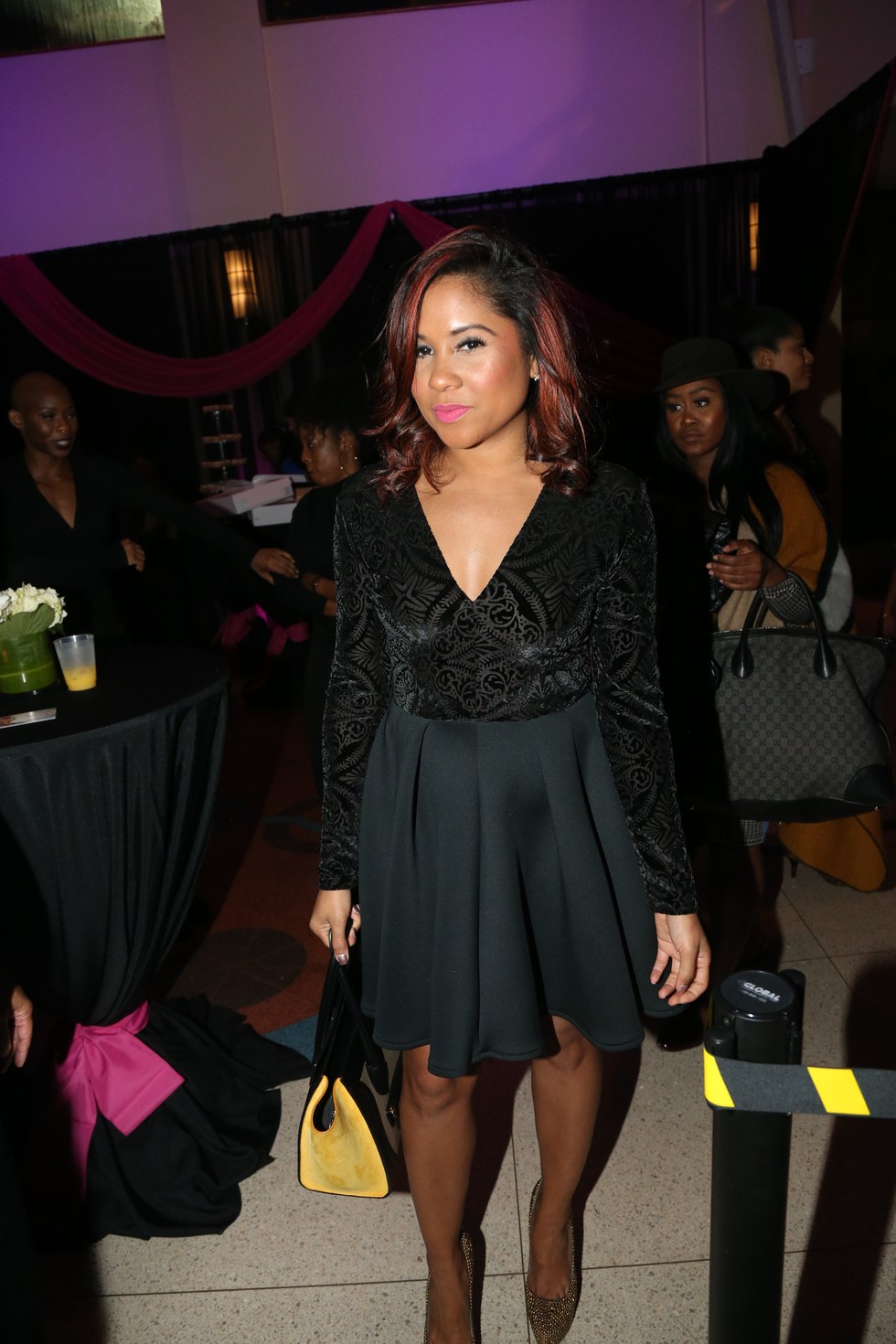 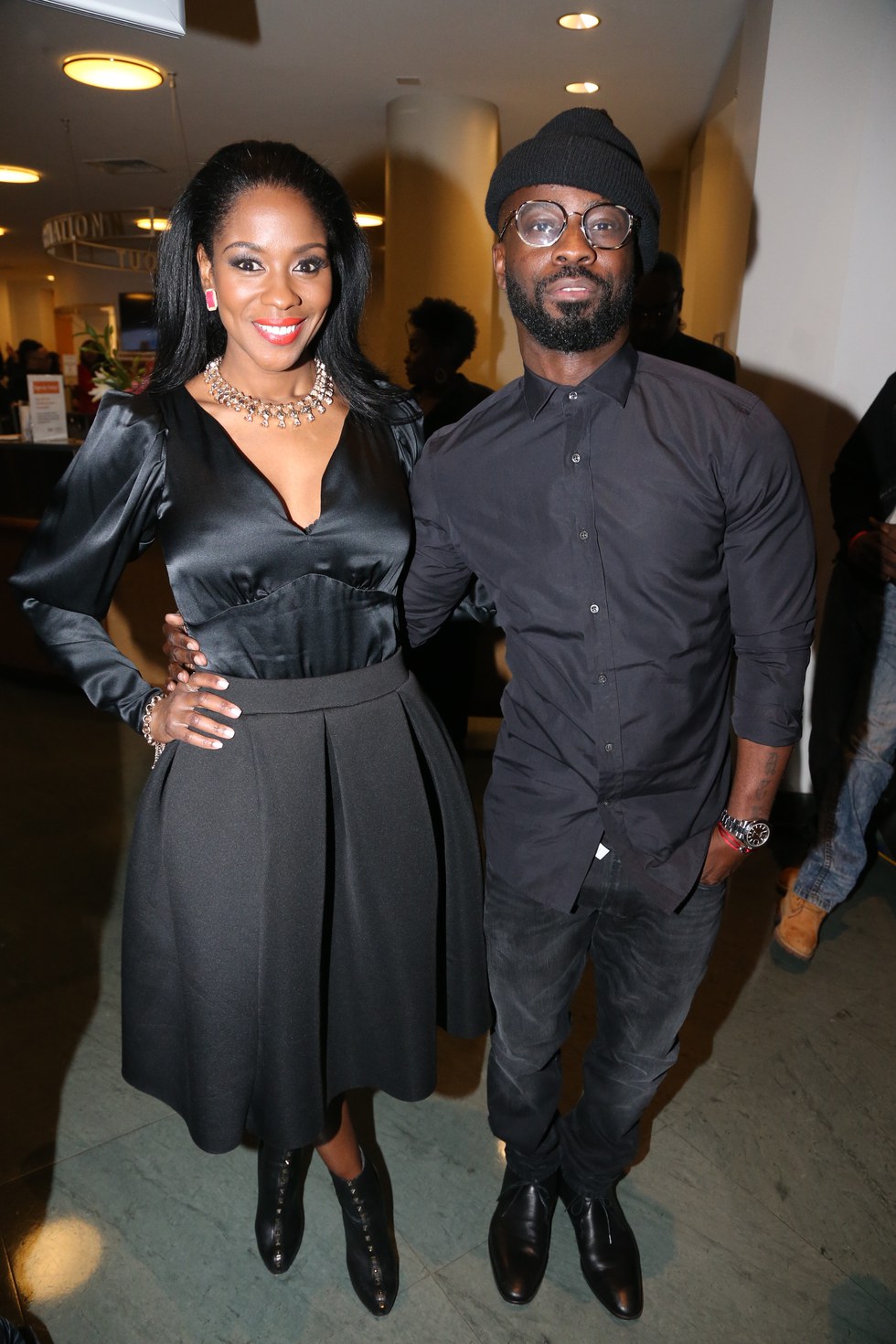 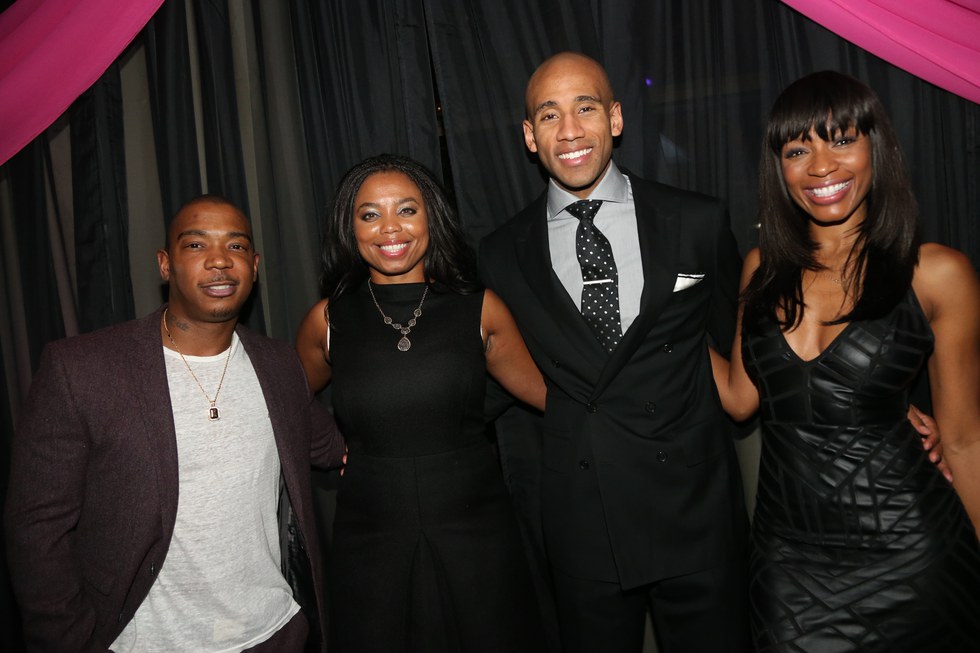 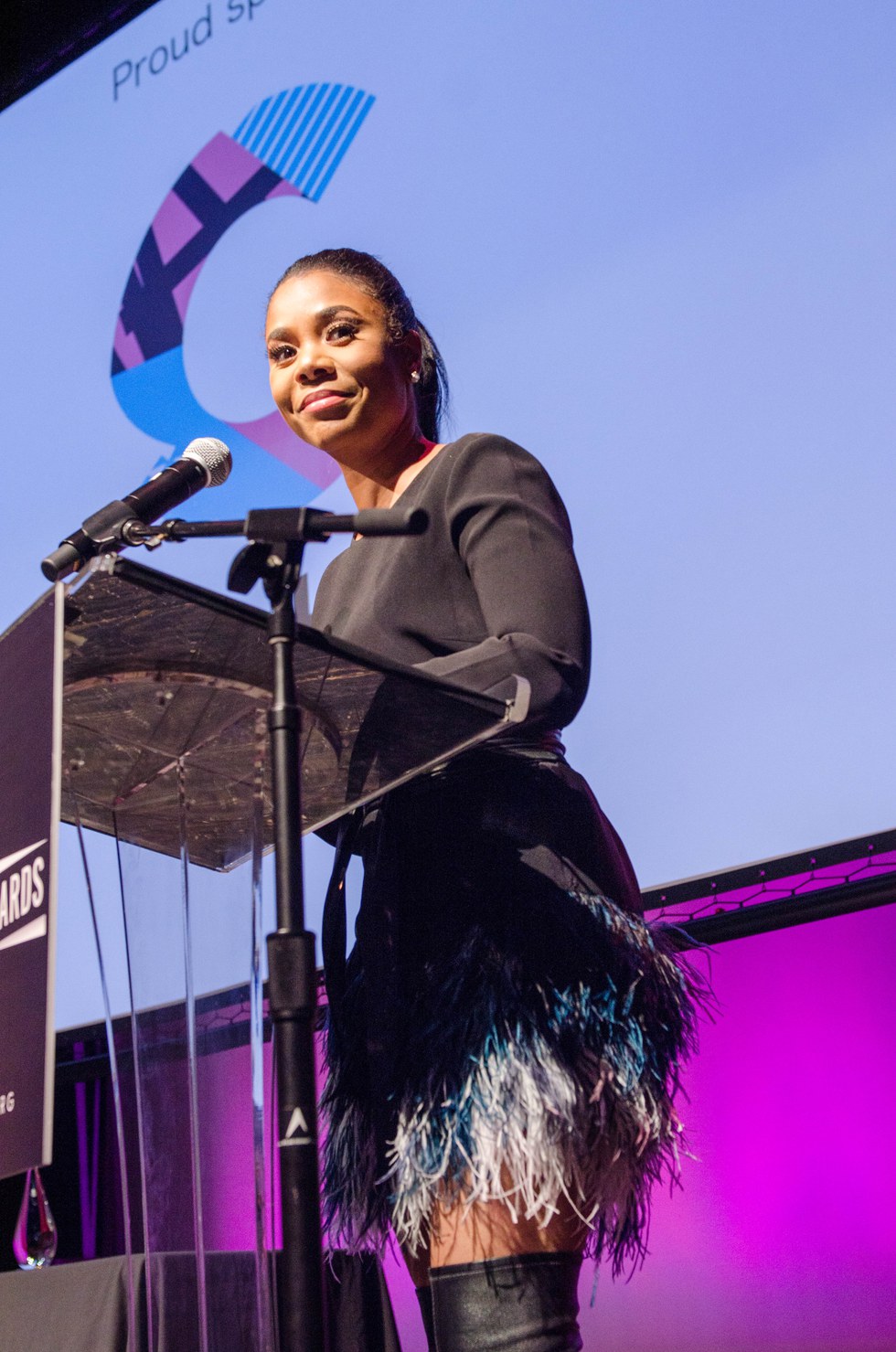 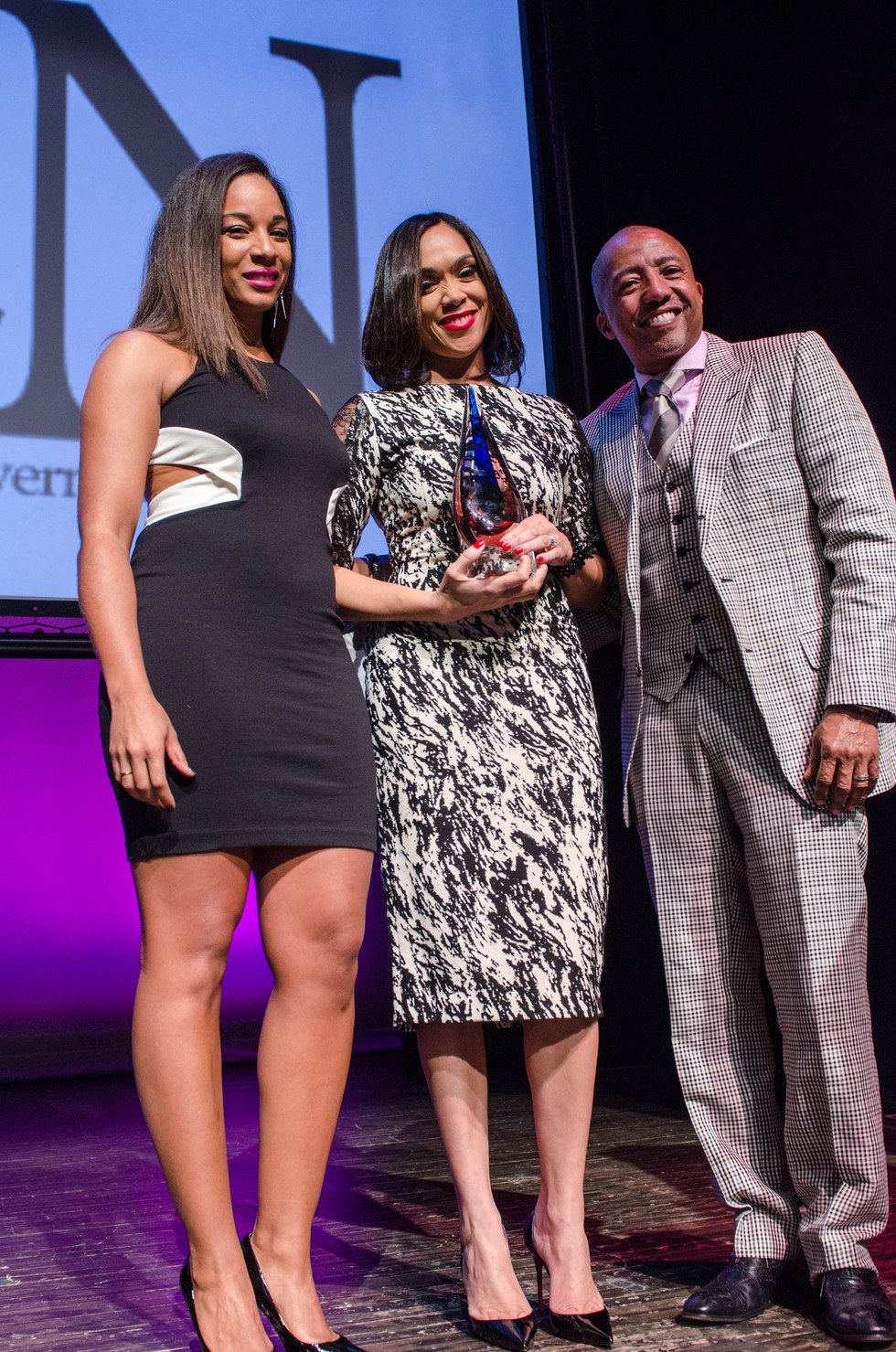 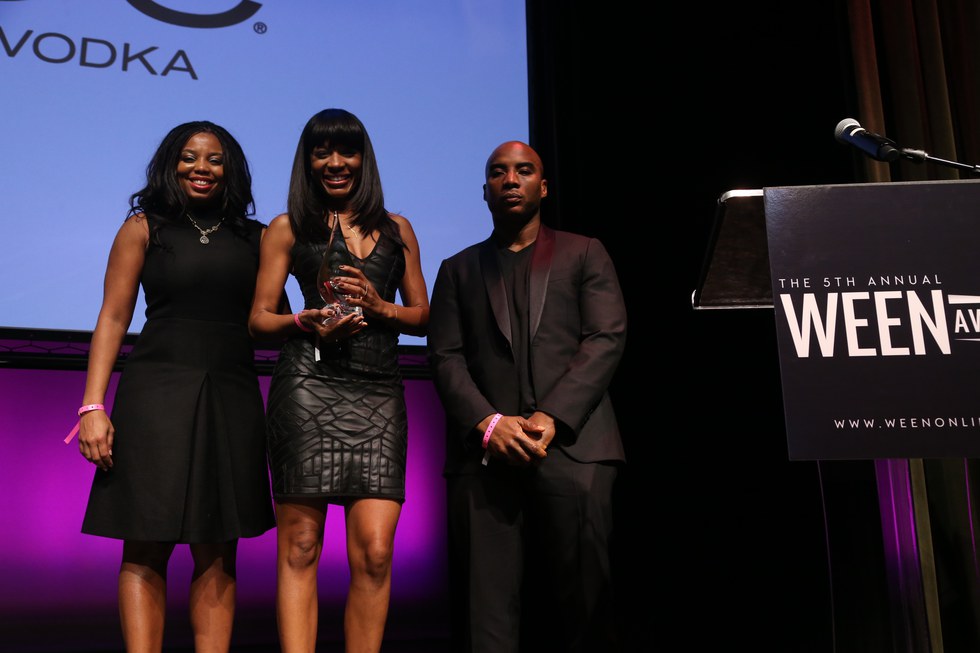 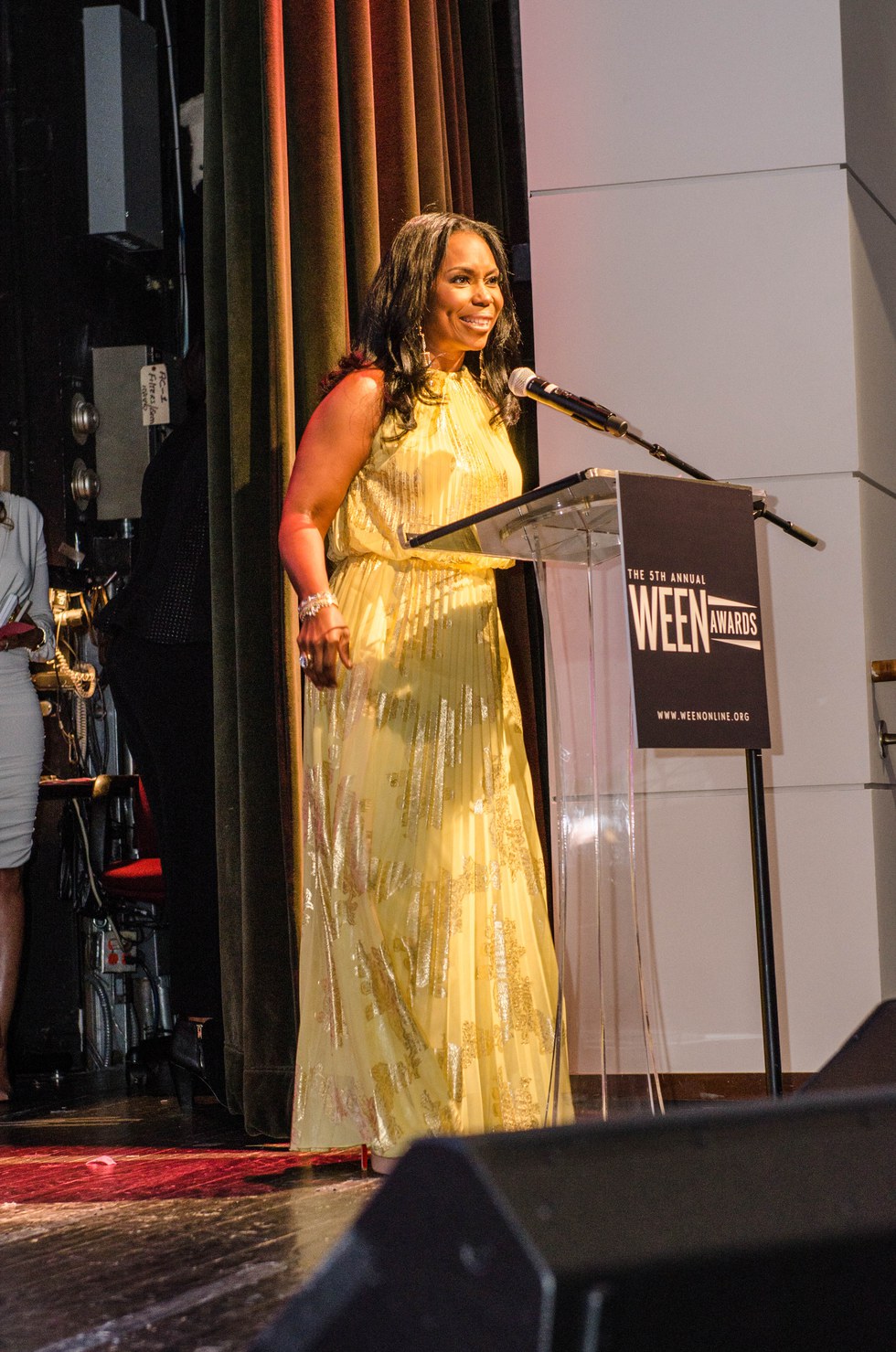 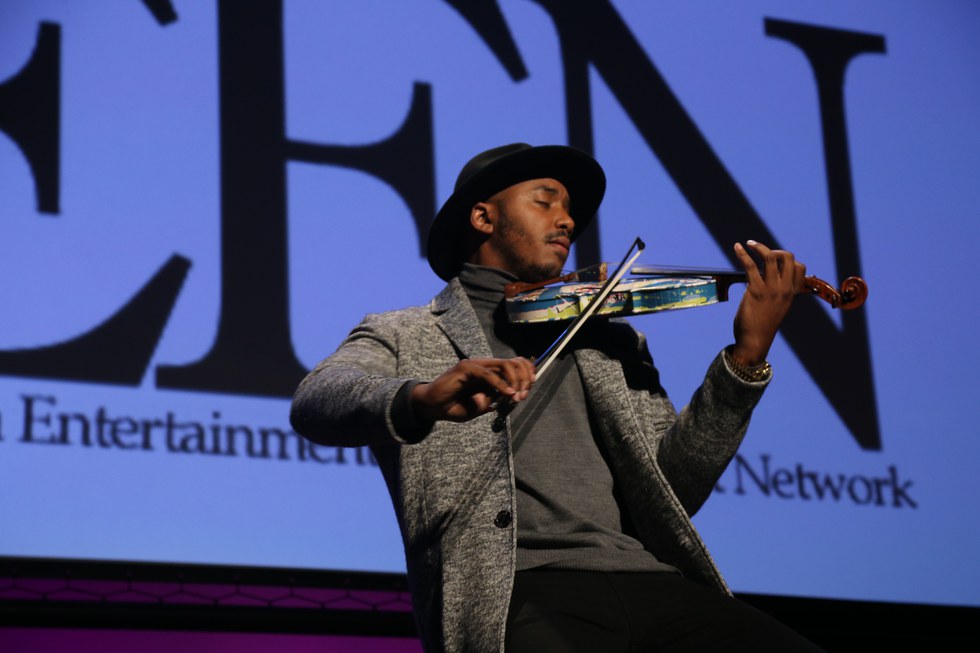 Previous Next
Next Page

6 Black Women Dancers Who Will Dare You To Move

Tonight's The Night For A Really Romantic Sexual Experience

So, What Exactly Is ‘Wokefishing’ Anyway?

"One day outside will be open again. I think it's important that we come together and let the therapy happen."