What Sex Workers Need You To Know About Their Careers 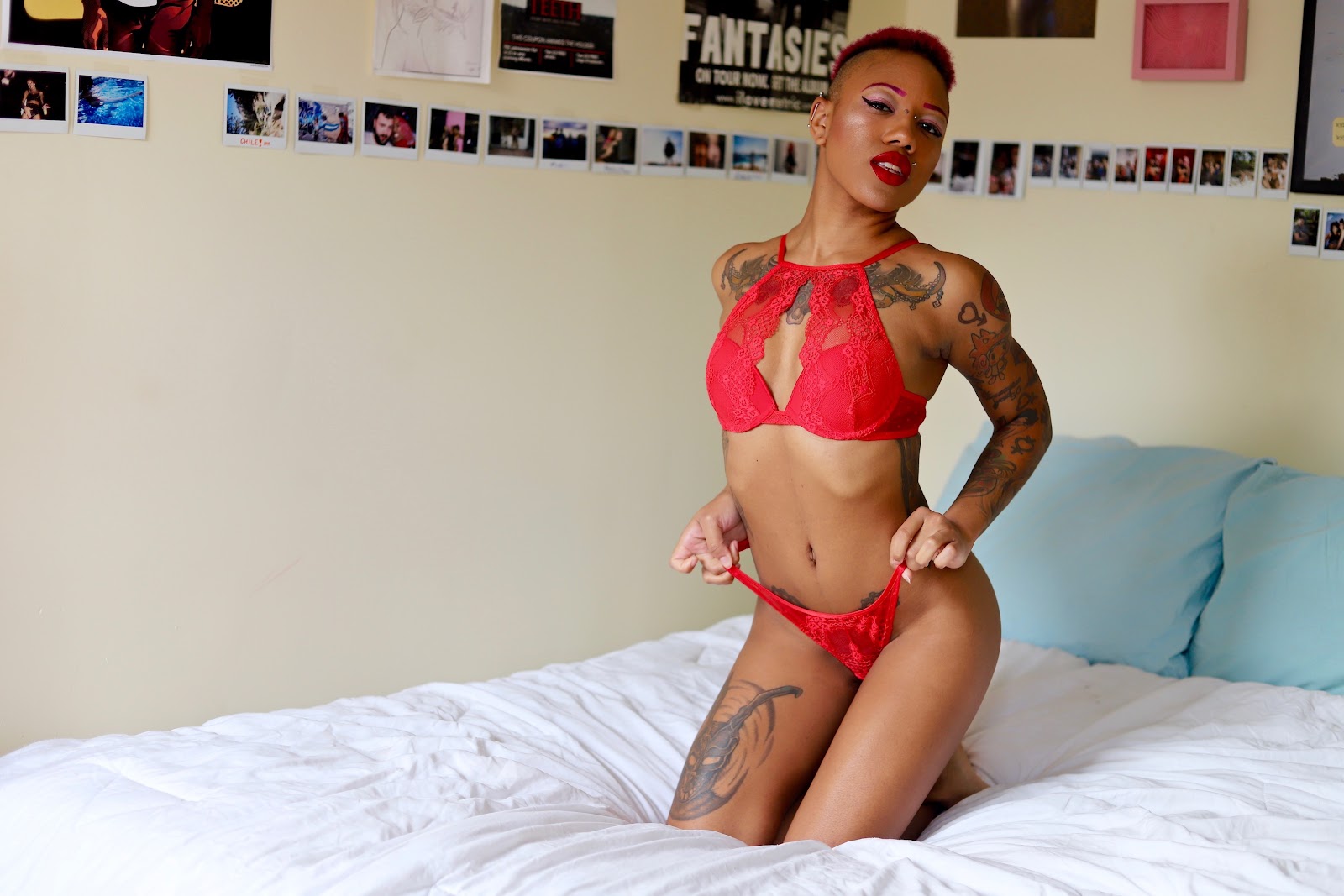 What has your time in the industry been like? How has FOSTA impacted you?

"My overall experience has been varied; as with any other occupation, it's been fulfilling in some ways and draining in others—I'm a womanist and I have had to really learn ways to mitigate the harmful psychological effects of the cis-heterosexual male gaze. Sex work has been my most steady stream of income for the past 7 years. The worst part has been the entitlement others have felt to persecute or fetishize me and since I'm Black, you can only imagine the misogynoir. The current socio-political climate has ensured that rampant whorephobia has increased, including trolling, harassment, and physical harm in real time.

"But even in that vein, I've met some of my best friends, seen and experienced more of this world than I ever would've thought possible due to my work. Unfortunately, FOSTA has ensured I have fewer resources to draw references for new clients or even platforms to meet new clients without going through tertiary means—which are often more dangerous, complicated, and unnecessary. FOSTA means I can have my social media, financial, email, or other accounts utilized for my businesses shut down randomly, which would destroy my ability to generate or continue receiving income I've already labored for."

"Being a sex worker is direct opposition to traditional norms and values surrounding what make a person respectable and yet it is also one of the most powerful and empowering occupations despite the incredible oppositions."

What should the world know about sex work?

"There have been a litany of posts regarding what sex work is and it's overdue that our society really discusses, unpacks, and educates people about what sex work is not. Sex work is the title bestowed to providers of services in the sex industry by a fellow sex worker and activist, Carol Leigh; it's an umbrella term and houses everyone from sex therapists to escorts. Sex work is not human trafficking. Sex work is not what people fall into just in order to pursue their drug habits, and it's not what people who make bad decisions do for work or just for dumb girls who are pretty and can't or won't do anything else. Sex work isn't often thrust upon someone; in fact, most of the time sex work is a choice—and even more often than not, it's an informed choice, given how accessible the industry has become because of social media and the elevation of the profession within pop culture. The sex industry is just that—an industry—and as such, its workers should be entitled to the same standards of dignity, empathy, and unionization as workers in every other field of work.

"Sex workers have graduate degrees (and loans to pay back), personalities, relationships, pets, families and friends just like other people because that's what we are—people. We are not asking for permission to exist and we are no longer entertaining the established, bizarre idea of morality that treats SWs as second-class citizens while abandoning scrutiny and justice for actual abusers, corrupt figureheads, and those who would rather keep marginalized citizens from true equity. We are demanding not to be murdered because 'no one will miss a whore.' We are demanding not to be raped, or to be believed when we do come forward because yes, you can be sexually assaulted even as a sex worker and no, that does not mean you are any less entitled to or deserving seeing your attacker be penalized to the fullest extent of the law... Being a sex worker is direct opposition to traditional norms and values surrounding what make a person respectable and yet it is also one of the most powerful and empowering occupations despite the incredible oppositions."

Exclusive: Lucky Daye Is Doing It For The Culture, From The Soul

When we think of R&B, we think of soul. Soul, by definition, is emotional or intellectual energy or intensity, especially as revealed in a work of art or an artistic performance. Black people are soul. Everything about us. Our hair. Our energy. Our skin. And, without a doubt, the creativity that courses through every inch of who we are. So, when it comes to our music, spiritual experiences are often what we call them. Makes sense, for there are no other people who remain unbroken the way we do. And every so often, an artist comes along who seems to be the physical manifestation of all that we are.

This Physician Believes Saying 'No' Is Key For Self-Preservation

As the summer comes to an end, we must welcome the time for change. Say goodbye to summer and hello to cooler weather! And we know what that means ladies: We have to switch up our fashion trends, how we wear our hair, and even our skincare routines. When it comes to skincare, we as Black queens have to make sure our products are on point for all the seasons. It is crucial for us to protect our blessed and melanated beauty.

You would think with the amount of trends and dollars being put behind beauty brands, that there would be better representation in the medical field to help us understand our skin better from the jump. Unfortunately, Black physicians only make up 5% of the physician population, and if we want to talk about Black dermatologists specifically, well that number is even lower.

The Top Red Flags That A Company Isn't Parent-Friendly

It can be more than challenging trying to balance childcare, COVID-19 prevention (hey, Delta), and work. It's hard enough not worrying about whether your kid's school will cancel in-person classes or shut down altogether while facing the not-so-usual growing pains of children and teens who are forced to live in whatever phase of a pandemic we're in right now. (I mean, is it really post-pandemic? Is it halfway done or just beginning? And what's "normal" about this "new" environment?)

Moms, we feel your pain.

Keke Palmer Admits Being Famous At A Young Age Traumatized Her

Keke Palmer is easily one of our favorite tell-it-like-it-is celebrities. From her up close and personal revelation of her battle with adult acne to doing it for the culture at the MET Gala to admitting she's "sorry to this man," Keke is known to give it to you straight, no chaser. And it's that commitment to being unapologetic in telling her truth that draws others to her like the light that she is.

The Graphic Eyeliner Look Is The Ultimate Fall Beauty Trend

As the saying goes, there is nothing new underneath the sun. So it comes as no surprise that something as groundbreaking as the graphic eyeliner look trend from a couple of years ago is making its rounds again as a must-try beauty trend for the fall season. Saying goodbye to the traditional thick-wit-it non-floating winged liner and hello to the new wave of if-it's-up-then-it's-up-then-it's-stuck eye makeup looks is the ultimate fall beauty move. It's the floating crease for us.

The multi-hyphenate talks postpartum, love, life, and the hustle of being Christina Milian.

Exclusive: Angela Yee Is Serving Up Black-Owned Realness With A Side Of Longevity

Exclusive: Find Confidence With This Summer Workout Created By A Black Woman For Black Women

So...15 Men Told Me About What They LOVE During Sex