Lauren Speed On The Hardest Part Of Loving Cameron Hamilton

As a person who rarely watches TV and doesn't get into a lot of shows, especially reality TV, I've been seriously pondering over what made me so invested in Netflix's #LoveIsBlind series. The show was set up as a social experiment where they took 30 women and men, cut them off from the real world, and set them up on rounds of speed dating for 14 days to see if strong connections would be made. At the end of the 14 days, six couples walked out of the pods engaged, and they were whisked off to Mexico where they would spend time with each other for the first time. Only five couples made it out of Mexico, and they were thrust back into the real world to take on the task of meeting each other's friends and family and having to explain that they were in love and would be getting married in less than 30 days to someone they had just met just two weeks prior.

Whew chile, the mess of it all, but I couldn't stop watching!

After watching a cringe-worthy scene that involved the only black man that got shine on the show yelling at his fiance, "That's why I don't date b*tches like you," a crass statement made after she couldn't quite process that he forgot to tell her he dated both men and women, I had little hope that a sista was going to make it out of this with a love story she could tell for ages.

But then there was breakout star Lauren Speed, who reminded me that the seemingly impossible was indeed possible.

The Detroit bred, Atlanta transplant reeled me in from Episode 1 with her charming exchange with her soon-to-be real-life Prince Cameron Hamilton. By day two of the experiment, they were crying together and completely smitten over one another (while separated by walls mind you) and she became the first woman to get engaged. Although I was rolling my eyes during the "I love you's" in the first episode, I was wiping my eyes by the finale. If I for one moment doubted Cameron loved Lauren before ever seeing what she looked like in Episode 1, all doubts were erased by Episode 9 as he never wavered, and tirelessly proved his love for her scene after scene.

It's not hard to see why there's so much hype around this couple, who has single-handedly driven the show to an international phenomenon. Here, we see Lauren, the epitome of #blackgirlmagic, who is extremely independent, vocal about the plight of black people and the importance of a strong black family structure, fall for a man she wouldn't have otherwise dated under different circumstances. And he, too, was smitten throughout every single scene as she showed up as her full, authentic self (rocking a bonnet to bed on their first night together and all), and reassured everyone who would listen that he had landed the most beautiful woman in the world and he couldn't believe he was so lucky.

I hate to admit it, but this show made me believe in love again.

It made me wonder, what would life be like if you took away the distractions of social media, the followers, the title, the accomplishments, the ability to Google and do your background searches, and able to date and fall for someone purely off of their character, soul and spirit with physical being an afterthought? Love in its purest form. ⁣

Last week, I caught up with Lauren and Cameron at the Love Is Blind finale party and they seemed even more in love than when they said their "I do's" in November 2018. I was curious to know how the marriage was working out for them after the honeymoon stage had worn off, and from the look of things, they are proof that love is truly blind.

Here's what they told us:

You guys have received a tremendous reaction to the show as well as yourselves as a couple, what has been the most surprising reaction so far?

Cameron: Shonda Rhimes! It was awesome to see her tweeting about this show and saying that she was waiting on edge, just as we had been waiting on edge to see shows like Scandal.

Lauren: Yeah! It was awesome to see she was team Lameron. The love and support that we are receiving for our relationship is amazing. 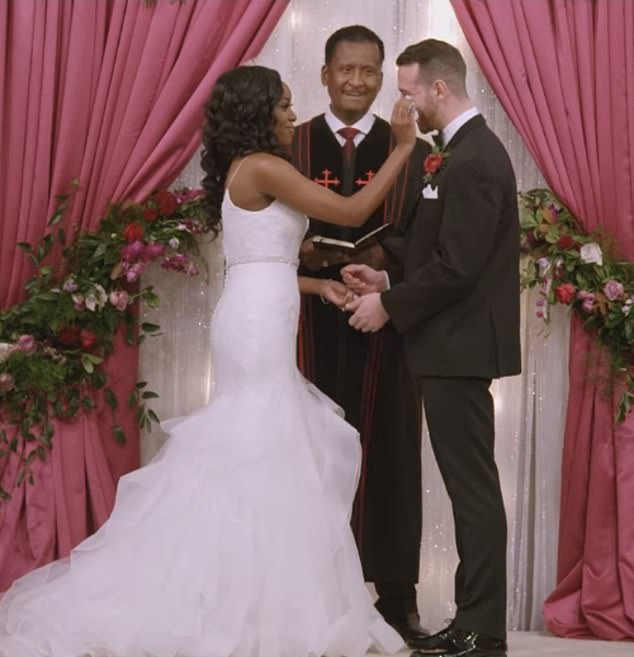 How much did your family and friends know about the process when you were taping the show?

Lauren: Basically, our parents knew that we were going on a dating show that could possibly lead to an engagement or marriage. So, there were 10 days, or two weeks, where you couldn't talk to your friends or family. We were supposed to take those two weeks and focus on each other as a couple and the relationship. So, after we completed the show, it was like, "Hey mom and dad, I found somebody and I'm engaged." They were like, "What the hell? What do you mean you found somebody?" Then you had to explain to them that I met this person and I'm in love and it's kinda like…that's when things get a little…

Cameron: Yeah, they were skeptical on both Lauren and I's side. "We don't know about this, it sounds kind of sketchy..."

Lauren: Which is understandable.

Cameron: My parents advised me not to do it but I just had a feeling that it was the right thing for me to do. 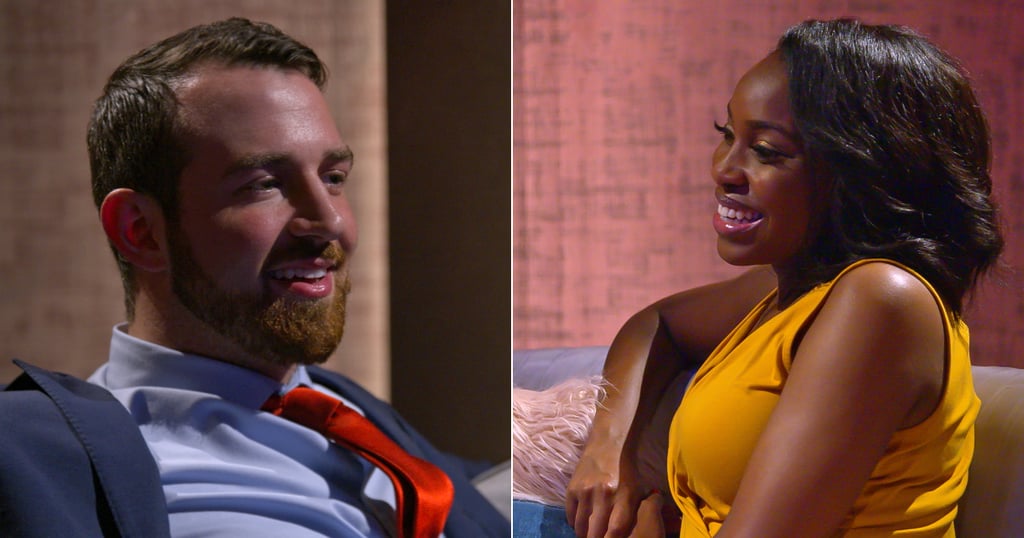 I think naturally when you first meet someone, you are afraid to go deeper on the first few dates, but you guys had to go deep pretty quickly. So, what do you think were some of the questions that really helped you to get to know him on a deeper level and vice versa?

Lauren: For me, when I asked him when was the last time that he cried. That's the type of stuff, like do you ask that on a date? No, not really. But that can tell a lot about a person. What makes you cry? What's important to you? What motivates you to get up in the morning? What are you scared of? What are your fears? Those types of things can tell a lot about a person, about their lifestyle, and their personality. So yeah, those are the type of questions I was asking. I went for the jugular with the deep stuff.

Cameron: Yeah, we were asking questions like, What are things you have done that you are not proud of? What are your deepest fears? What really drives you? Where do you envision yourself being in five years?

Cameron: How do you want to raise kids? Do you believe in spanking? We are on the same page about that!

After getting married and living together, what did you guys learn about yourselves?

Cameron: Yeah, we had to learn how to be together as a team on a daily level. Even that kind of minute, boring stuff—or how to keep things exciting when you both are working from home all the time and you know, not get tired of seeing each other. Giving each other space when you need to, but also have romance, go out on dates and all of that kind of stuff too.

So, did you keep your apartment?

Lauren: We got married and I kept it for three months, so that was a little transitional period. So, I would go over there sometimes and come back, but after the three months, I was like, you know if we are going to do this, let's do this. I'm all in.

I heard Michelle Obama talking about Barack and she said I hate the way he chews. So, what gets on your nerves that you guys do to each other? Can you share that?

Cameron: I've got something too, but go ahead.

Lauren: OK, I can't stand when Cameron leaves dishes around the sink. All you have to do is rinse it and put it in the dishwasher. It's nothing serious.

Cameron: I was going to say, you don't know how to load a dishwasher. There is no rhythm or reason to it, she just kind of throws it in there.

Lauren: At least it's in there…

Did it take the time you had in the apartment to figure this out or was this after you got married?

Lauren: He was like, "No, the cups go on the top and you have to rinse it before you put it in there." Probably after moving in, once you start to share space, then you are like, ohhh, he does this like this…

Cameron: Well, you know, I think the things that we work on, and have worked on, are things I would assume all married couples would work on. Despite the fact that the experiment was unorthodox, I mean we are a normal married couple in most respects. I'd like to think we have a healthy marriage and we're not perfect but we work through the things and I think that's the biggest part. We communicate, even though at times that we don't want to. We talk about it and we work through it.

Necole Kane is the founder and Editor In Chief of xoNecole.com. After spending 7 years as a successful celebrity gossip blogger, the Maryland native launched xoNecole.com with the mission to promote positive images of women of color as well as empower, educate, and inspire millennial women to live their best lives. Keep up with Necole on Instagram and Twitter @hellonecole, or through her personal website NecoleKane.com.

Michaela Coel & The Art Of Negotiating As A Black Woman

Estranged From Your Family? This Will Get You Through The Holidays.